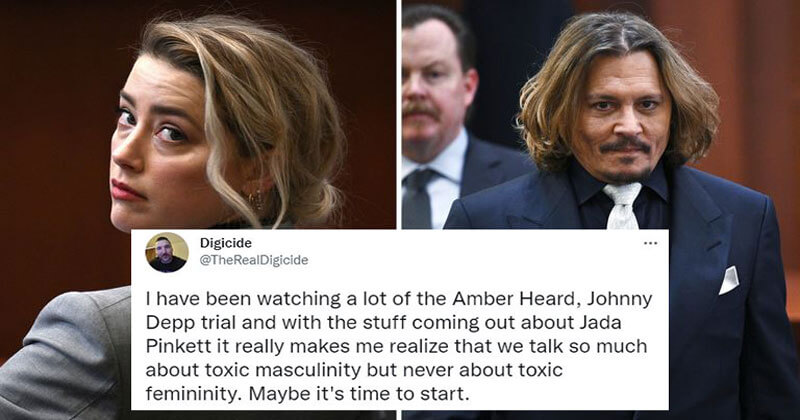 Celebrity relationships are always hot topics to discuss. It isn’t hard to see a couple in Hollywood dating. Once they get caught by the paparazzi, their images will be shared on social media without their agreement. Then everyone can easily notice which celebrity is dating, broke up, getting married, or getting divorced. It’s nothing special today.

But if it’s a fragile relationship, in which celebrities get married and get divorced in a very short time, who can ignore it? Well, I’m talking about Johny Depp’s trial which has recently been the top trending news. Johnny Depp completed his testimony in the trial and it’s far from over. Johnny Depp and Amber Heard started dating in 2012 and got a private wedding ceremony in 2015. However, their marriage didn’t last so long. Amber Heard filed for a divorce in May 2016. She claimed that Jonny physically abused her during their relationship because the man suffered from drug and alcohol addiction. This divorce case ended with Amber Heard receiving a $7 million settlement in 2017. However, Johnny later sued Amber for defamation of $50 million while Amber’s countersuit case was $100. Their trial started in 2019 and hasn’t finished yet. And now in 2022, Depp’s defamation trial against Heard began on April 12.

The trial showed a secret recording that captured Amber Heard admitting that she hit Jonny Depp. When she was trying to explain that she was not certain of all the details, she confessed the key detail which made people take Jonny’s side. Their story will come to an end. But Johnny admitted that he has already lost no matter the outcome of this trial.

Let’s take a look at what are people’s thoughts on what happened in the courtroom so far and leave your opinions!