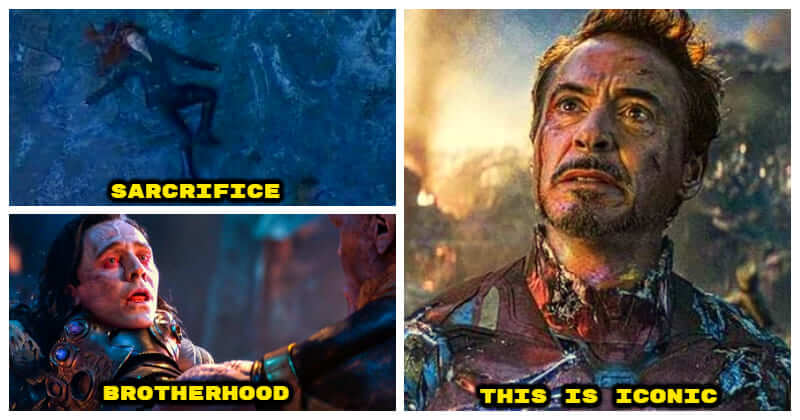 The MCU released their first movie: Iron Man, in 2008, thresholding the Avenger Age, where multiple superheroes summon and together fight against not only terrorists on the earth but also the outsiders. Throughout nearly 30 movies and hundred battles, the Avenger teams always keep abreast and support each other., but there are still casualties and death that happened to them.

Most of their sacrifice occurred in the incident of the Infinity War and the End Game, which give rise to a sense of remorse in the movie. The audience always hopes to see the return and resurrection of these superheroes, but some of them have passed away for good. Below are 12 superheroes who sacrificed themselves to save the world and the universe, plus their death reasons. Thanos personally killed Loki by choking him to death in Thor’s eyes. The furious, grieving Thor swore to take Thanos’ own life in retribution. Because of the Soul Stone, Thanos shocked Gamora by revealing that she was who Thanos loved most and therefore a satisfactory sacrifice. Thanos flung Gamora over a cliff to her death, and the Stone was his. She sacrificed herself at Vormir to obtain the Soul Stone, helping to undo the Thanos snap which saw 50% of the universe disintegrate This death is iconic as Iron Man then swiped the six stones and performed his own snap, knowing he would die in the process. He gave his life to save the universe, dying a true hero. He got involved in the Ultron’s robot armies in Sokovia’s capital, but the cost he had to pay is his death. After the Civil War, Captain and Peggy had their reunion. Not long after, the veteran heroine passed in her sleep and left Steve heartbroken.

The Ancient One never feared death as she supposed her death would strengthen Doctor Strange’s will and help him decide, once and for all, to embrace this lifestyle forever. Odin passed away after being stabbed by his daughter Hela. Then he sat on the coast of Norway to die in peace. His sons briefly visited him before he faded away. Odin and Thor were too late to save Frigga when Malekith went to Asgard to avenge. Phil was defrauded and then stabbed by Loki in front of a helpless Thor. Phil died in the main MCU story, though he also appeared in the Agents Of S.H.I.E.L.D. TV show.

Yondu accepted his death help Star-Lord get into space, which was deserved with a proper Ravager funeral. Shuri and Wanda did what they could for Vision, but it was in vain. Thanos used the Time Stone to revive Vision, then destroyed him once again by swiping the Mind Stone.