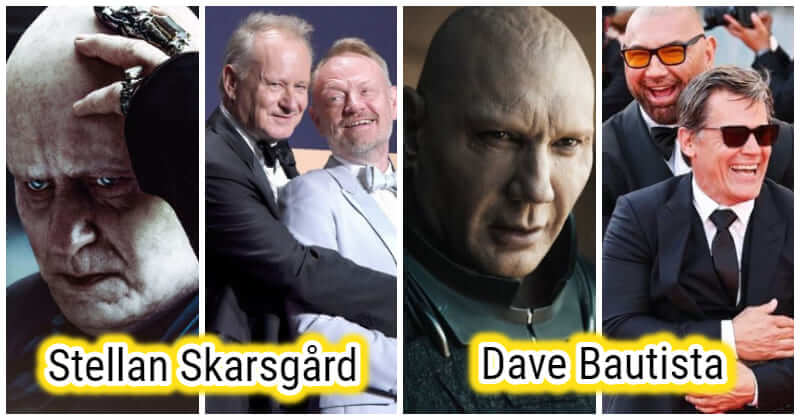 It might be tough for fans to separate the actors from the roles they play. In fact, celebrities are frequently addressed in public by the names of their characters. And sometimes they only know how to judge celebrities based on their roles in movies, without caring about their personalities in real life. There are actors who are loved in real life because of the characters they play, and of course, there are also actors who nail the villain roles that make people now hate their guts in the real world. But actually, actors can be oddly similar to or completely opposite of the characters they play. Do you know any actors who have played some of the most notorious villains but are actually sweethearts in real life?

Here are some such exceptionally talented actors who have received hate for playing the villains way too well. However, it would be interesting to discover their human, adorable sides in real life. Stay tuned for more details. Josh Brolin, apart from playing super-villains, prefers less terrifying changes in real life. For example, here is how he and his family celebrated Halloween last year. Unlike the eyes of most of the characters he plays, Mads Mikkelsen’s eyes are completely normal in real life. Recently, he congratulated everyone on International Cat Day. Stellan Skarsgard, for example, shoots photographs with Jared Harris when he isn’t bathing in a black substance or levitating. #5 Ian McDiarmid in Star Wars: The Rise of Skywalker When he’s not on set, Ian McDiarmid appears to be incapable of hurting a fly.

#6 David Bradley in Game of Thrones and Harry Potter David Bradley is not as angry in real life as he appears in Game of Thrones and Harry Potter. However, it’s easy to see why he’s being given such opportunities. In real life, Iwan Rheon does not torture anyone, but instead advocates for nature conservation. Gary Oldman, in addition to his many villain parts in films, also portrays a loving husband and father.

#9 Michael Shannon in The Shape Of Water When Michael Shannon isn’t on set, he doesn’t appear to be a villain. He appears to be more of a family man. Ron Perlman not only enjoys playing evil men, but he also has a special love for animals. Javier Bardem, in fact, is not grumpy and loves his older sister and brother. Antony Starr’s charm makes him less villainous in real life, and he doesn’t turn people into ashes with his eye. In real life, Giancarlo Esposito appears considerably happier than when he plays the head of criminal structures or the head of the Galactic Empire revival group. Alfred Molina, who decided to combat Spider-Man once again 17 years later, properly pet a dog before starring in the role.