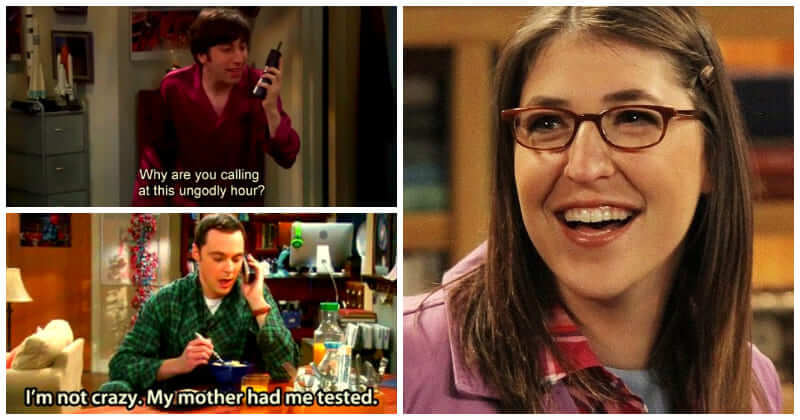 Along with Friends, How I Met Your Mother. The Big Bang Theory is one of the best sitcoms in the world so far. The sitcom has gained multiple awards and positive receptions from viewers of different generations. Understandably, not only does it make the audience burst into laughter, but it also brings to people a sense of education as well as life messages.

The movie is about five main characters’ life: Sheldon and Leonard – physicists, Howard – an aerospace engineer, Raj – an astrophysicist, and Penny – an aspiring actress. Throughout 12 years of evolvement, the sitcom has been getting increasingly prevalent. Consequently, the actors, actresses who gave life to the characters also draw the attention of the public, stand in the spotlight, followed by having a more successful life. Below are eight characters that work like a charm thanks to The Big Bang Theory. She is sometimes annoying but really lovable. She only appears in over ten episodes but she plays a vital role in at least three main characters’ storylines. She is supposed to be the common mom in the movie as she takes care of every member of the group and fans cherish these precious moments. In contrast to Mary, Beverly is a cold, calculating neuroscientist who judges and criticizes Leonard. While her sense of humor is involuntary due to the nature of her personality,  it doesn’t stop fans from laughing at most of her scenes. She is argued as an overbearing, patronizing, and excessively loud mother. As such, it makes her so popular amongst long-time fans of the Big Bang even without a single appearance on the sitcom. Her character develops from a naïve young woman to an independent and thriving businesswoman. This type of role plays a pivotal role in every member’s life and fans treasure this. Amy was unconfident and tacky, but she grew more into her own person as the show progressed. Apart from her fleshed-out transformation, Mayim gives Amy her one of a kind humorous wit, even with the robotic tone of voice. Howard had a tendency to sexualize everything and wasn’t the most wholesome character, but his and Bernadette’s love story has changed things a lot, luckily, Howard’s cheesy sense of humor stays unchanged in spite of the drastic upgrade in personality, Sheldon’s character growth is not like any other as he learned empathy, didn’t look down on others, respected those around him, and learned to give others mutual chemistry.