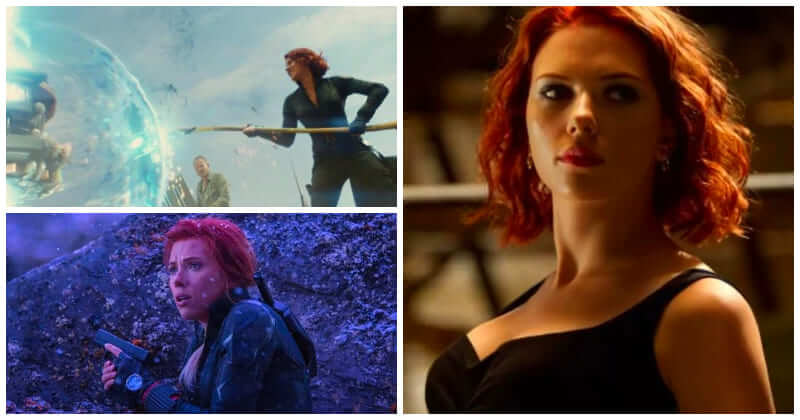 Iron Man, Thor, or Captain America may be the very first names that pop up in people’s minds when they hear about Marvel. But in this post, we want to mention the name: Black Widow, also known as Natasha Romanoff, is an indispensable warrior in the Avenger team.

Natasha doesn’t have an extraordinary power like Thor or high-tech gadgets like Iron Man, but she is a master in the covert arts of espionage, infiltration, and deception. Furthermore, she is a person of sacrifice, dedication, and compassion as she also tries her best to save innocent people and save the world as well as the universe. As a warrior, she also got involved in various battles so far, and below are her four best battles. Right after Winter Soldier shot a grenade at her phone, she came up from behind him and the two fought until she threw a taser disc at his prosthetic arm.

How It Ends: A Tie 2. Fight Hawkeye In Order To Save Him She and Hawkeye teamed up to get the Soul Stone (orange one), not knowing that one of them would need to be sacrificed in order for the other to regain it.

How It Ends: Sacrificing Herself As they jostled for taking the stone, Clint jumped off the cliff. Fortunately, thanks to using her grappling hook, Natasha successfully saves Clint. Although he held onto her in a final attempt to keep her safe,  she managed to break free from her best friend and fall to her death.

3. Fight Loki And The Chitauri

When Loki and the Chitauri invaded New York in The Avengers, Natasha and Clint worked together to shoot the Chitauri with their bullets and arrows, killing them with devastating shots while Steve used his shield to fight.

How It Ends: The Avengers Saved The City While the Green Beast defeated Loki in Stark Tower after Loki got explored by Clint’s arrow, Natasha was able to get to Erik Selvig, who helped her close the portal that the Chitauri came from.

While Natasha and Okoye teamed up to fight the Outrider they were almost defeated by Threshers, but Scarlet Witch came to rescue them. Seconds later. Proxima Midnight attacked Wanda, so Natasha and Okoye returned the favor.

How It Ends: Thanos Won Once Thanos gained the Mind Stone Vision’s forehead, he used the Infinity Gauntlet to wipe out half of life throughout the universe. Black Widow was one of the survivors.