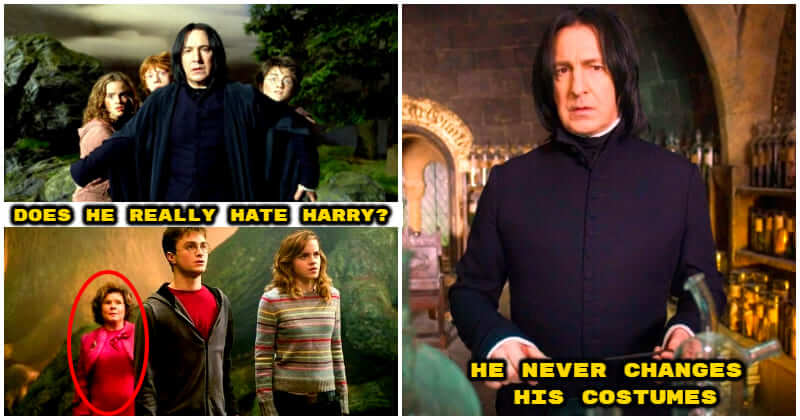 Along with the cinematic industry having increasingly developed, there are multiple movies that have gained various successes and positive receptions from the audience. But when it comes to Harry Potter, this movie never seems old-fashioned as it still left memorable things to not only viewers at the time but also to the next generations.

Apart from the iconic roles in the movie, such as Harry Potter, Hermione, and Ron, there are lots of fascinating ones that left good impressions on viewers, and the one we want to mention in this post is Teacher Severus Snape. He is a person of complexity but real benignness. Externally, he looks like a grumpy and malignant character and is supposed to be Harry’s hater. However, as aforementioned, he is indeed not like what he looks. Below are 20 details that illustrate the real personality of Snape.

1. Does He Indeed Hate Harry? 4. He Knew What Was Going To Happen For So Long 6. Snape Had A Tough Beginning In His Life 8. He Got Respect Of Hermione 10. When Snape Snapped Right Back At Umbridge 11. His Consistency While Being Insulted 12. Can Barely Contain Their Laughter 15. An Interesting Note About Snape Being Unattractive 18. Dude Had Some Sweet Curls 19. He Is The Person Of Sacrifice And Responsibility 20. Snape And Harry Are Meant To Be