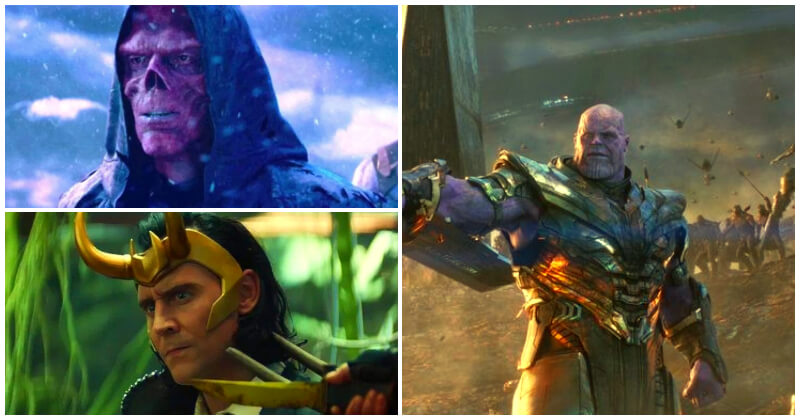 There is no room for doubt that villains and supervillains in MCU play a vital role in MCU movies. Firstly, there’s no smoke without fire. Due to the malignant tactics and inhumane massacres of these villains, the Avengers team was born. As a result, superheroes have a place and a purpose of working together and paying attention to the mission of protecting the earth and the universe.

Throughout nearly 30 MCU movies, we can see multiple villains and super ones. While others have changed from an antagonist to a protagonist, others still try to perform their cruelty and demolish the universe. Below is a compilation of significant supervillains in the MCU so far.

1. The Multiverse Villains Of Spider-Man The Lizard and Electro were introduced in The Amazing Spider-Man, while Sandman, Doc Ock, and Green Goblin came back from the original Spider-Man trilogy. Moreover, Doc Ock and Green Goblin shined the brightest in new battles against Tom Holland’s Spider-Man. Stane betrayed Stark and then tried to kill Tony Stark towards the end of Iron Man. Stane would use the first original Iron Man armor design and enlarge it to give birth to the evil Iron Monger suit. Beck, manipulated a young Peter into giving him Tony Stark’s EDITH glasses to have access to weapons and systems manufactured by Stark Industries, planned to destroy Tony’s legacy, but Spider-Man ended it before it came to fruition. He has transformed from an antagonist to a protagonist after being brainwashed, then joined the Avenger team and had a contribution to saving the earth and the universe. Toomes, whose daughter is the girlfriend of Peter Parker, would use leftover alien technology to create some devastating weapons, including the giant Vulture armor Toomes used for himself. The Red Skull was a German scientist who created HYDRA, a deep science division of the Nazis during World War II, which gave rise to countless troubles for the Avengers. In Avengers: Infinity War, the Red Skull was banished to the planet of Vormir, a domain of death that housed the Soul Stone. In order to revenge for his father’s death, Stevens shows up in Wakanda and beats up T’Challa, the new Black Panther and King of Wakanda. While he is ultimately defeated by T’Challa, Killmonger remains one of the most interesting and layered villains in MCU history. Ultron became aware of Stark’s plan (creating an AI that would protect the world) and took control of the Iron Legion during a party in Avengers: Age of Ultron, nearly killing the Avengers. He is the most complicated character in the MCU. He appears as a cunny and sly Asgardian, but eventually, nothing can beat brotherhood as He tried to kill Thanos to save Thor, followed by his death. Thanos and his Black Order venture through the cosmos to collect all the Infinity Stones. Thanos achieves this and follows through on his promise by snapping his fingers and erasing half of all living things.