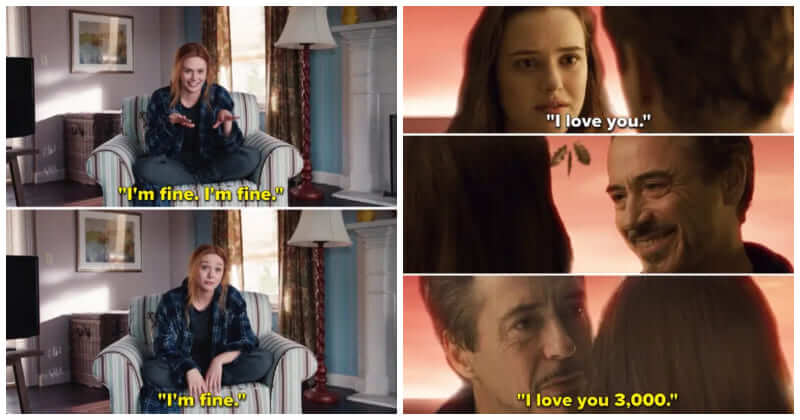 Marvel, the entertainment giant, has drawn millions of people around the world into their web-like universe of interconnected stories. The directors, writers, producers, and executives of Marvel have done an incredible job building a massive, interconnected mega-franchise that, for the most part, fits together seamlessly. Beginning with Iron Man, which soared into theaters on a pair of Stark-funded rocket boots in 2008. Iron Man kicked off the Infinity Saga, which comprises over 20 interconnected Marvel movies.

However, creating this seamless block is not easy. The filmmaker had to carefully consider and scrap some plots in the film for many reasons. Some were scripted, but the idea was scrapped before they even filmed the scene. Some were even filmed, but they were all scrapped since they appeared to contradict released movie or episode sequences.

Here are the 21 scrapped Marvel Cinematic Universe plot lines that the filmmakers revealed in interviews. Keep reading for more details!

#1 In the WandaVision series finale, Darcy, Monica, Billy, and Tommy would also band together in Agatha’s basement to confront Seor Scratchy, who had transformed into a monster. Director Matt Shakman said, “We abandoned it pretty early on, because we were reformatting the structure of the finale and it no longer really had a place, despite having done some great shooting on it.”

#2 WandaVision was supposed to have an episode addressing Wanda’s work-life balance, similar to The Mary Tyler Moore Show. Jac Schaeffer’s original pitch for WandaVision included this homage to The Mary Tyler Moore Show, but the episode was scrapped once it became clear that the show was stronger if it tracked Wanda going through the five stages of grief, so a work episode didn’t really fit in.

#3 In reality, Aaron Taylor-Johnson recorded two possible scenarios in which Pietro survived Ultron’s attack in Sokovia and became an Avenger with Wanda. Joss Whedon, the director and writer, said that they shot a scene in which Pietro wakes up after being shot and exclaims, “Ah, I didn’t really die from these 47 bullet wounds!”, “We did actually shoot him in the last scene, in an outfit, with his sister.” Joss said. These sequences were filmed in case Marvel/Disney decided to overturn Joss’ decision to murder Pietro.

#4 There was supposed to be a plot in Avengers: Endgame in which Thanos killed the Avengers in 2014 and then kept Captain America’s severed head as a reward in 2023. Thanos would have sat “on a throne of skulls” and ruled the universe in the storyline that was discarded. Thanos would have “tossed, like a bowling ball, Captain America’s severed skull head, still in the cowl, to Captain America,” explained Kevin Feige. While they never filmed the scene, Kevin said, “I think it ended up in a set of pages at one point in the script. There might be a piece of concept art somewhere with it.”

#5 We nearly heard a whistle back in the Black Widow post-credits sequence, as Yelena is whistling at Natasha’s tomb. Director Cate Shortland revealed that they “talked about” including Natasha’s whistle in the post-credits sequence, which fans now wish they had done since it could’ve suggested Natasha was still alive after Avengers: Endgame. But in reality, Yelena’s whistle received no response.

#6 There was supposed to be a small sequence in Thor: Ragnarok when we witness a woman exiting Valkyrie’s bedroom, confirming her bisexuality on film. Tessa Thompson once revealed that “There’s a great shot of me falling back from one of my sisters who’s just been slain. In my mind, that was my lover.”

#7 The authors considered a sequence in which Hulk emerged in the Soulworld after using the Infinity Stones in Avengers: Endgame, and Bruce Banner and Hulk spoke face to face. The conversation was written, but the concept was rejected before the scene was ever filmed, according to writer Christopher Markus. “Ruffalo showed up, but Hulk refused to come out of his trailer,” he joked.

#8 Natasha almost had a plot in Avengers: Endgame centered on her overseeing an organization in DC that was in charge of caring for orphaned children following The Blip. Director Anthony Russo said, “One thing that we talked about a lot is just the idea that one-quarter of all children have no parents. Assuming you started with two parents.”

#9 The Spider-Man: Far From Home writers played with the idea of Peter revealing his own identity during the final battle in order to defeat Mysterio, instead of being surprised when Mysterio did it in the post-credits scene. “We played with the idea that Peter is the one who sacrifices his identity out of necessity during the final battle, then it seemed more interesting if Mysterio tricks him into doing it, but any time we wrote a version where he was being revealed to the world in that battle, it felt like it diminished the victory. So before it became a tag, it was really just the end of the movie.”, said by writer Chris McKenna.

#10 A sequence in Black Panther was planned to include Okoye and W’Kabi discussing their plans to have children and Wakanda’s future. The sequence was supposed to happen after T’Challa was defeated by Killmonger, and it was supposed to show that Okoye and W’Kabi were a husband and wife on opposing sides of the conflict. Despite Danai Gurira and Daniel Kaluuya’s great performances, Ryan Coogler stated the scene “just didn’t work inside the confines” of the film.

#11 After being dusted by Thanos, Wanda returns to see Vision’s body in a morgue, which was almost included in Avengers: Endgame’s post-credits scene. WandaVision, of course, has a similar situation. “At one point, there was going to be a tag where [Wanda] opened a sort of body bag drawer and there was the Vision,” Paul Bettany explained. Paul was disappointed that the scene was cut from Endgame since he desperately wanted to be a part of it, even if it was only for a little sequence with Elizabeth Olsen.

#12 There was a storyline in the early versions of the Avengers: Endgame script that had Wanda, who was intended to survive Thanos’ snap, going on a road trip with Rocket in search of an Infinity Stone. This Wanda and Rocket storyline felt out of character for Wanda as she was devastated by Vision’s loss. As a result, this plot was abandoned, and Wanda ended up being dusted.

#13 Captain Marvel was almost introduced during the closing sequence at the Avengers base in Avengers: Age of Ultron. They even shot a sequence with a Captain Marvel stand-in in case they chose to fill the character straight away and have her make her big MCU debut.Talking about why they shelved Captain Marvel’s Age of Ultron introduction, Kevin Feige said, “It would have done that character a disservice, to meet her fully formed, in a costume and part of the Avengers already when 99% of the audience would go, ‘Who is that?'”

#14 There was a version of Avengers: Infinity War in which Spider-Man and Sam Wilson swapped places, so Spider-Man didn’t go to space while Sam did. Writer Christopher Markus explained that “it was fun” and “interesting” to see their roles reversed, but it ultimately didn’t pack the emotional punch they wanted.

#15 There was supposed to be a reference to Avengers: Infinity War during the Agents of S.H.I.E.L.D. series finale, explaining that these characters were not affected by Thanos’ snap since they were on a different timeline. Showrunner Jed Whedon said, “We’re following the multiverse rule. The only way that someone survives Thanos’s snap in the movies is to go into the quantum realm, and we originally did plan to give that a mention — because we used the quantum realm to move between timelines — but it got cut for time.”

#16 Originally, Avengers: Endgame had a sequence in which Tony visited the Soulworld after defeating Thanos, where he would’ve spoken with an older version of Morgan, played by Katherine Langford. Director Anthony Russo explained why this particular scene was removed, saying, “We realized that we didn’t feel an emotional association with his adult daughter…It wasn’t ringing to us [or] resonating with us on an emotional level.”

#17 Doctor Strange was supposed to have a flashback scene in which we watched Donna, Stephen’s younger sister, die. Director Scott Derrickson revealed that they actually filmed that scene because he felt it was “instrumental in [Stephen] becoming a doctor,” but the moment didn’t work in the final edit.

#18 At the end of Captain America: The First Avenger, there was almost a scene in The Avengers when Steve and Peggy discuss him leaving and missing their dance in the present day. Joss Whedon, the director and writer, said he wrote a “beautiful and poignant” scene between the two, but it was deleted because it “killed the rhythm of the thing.”

#19 Instead of seeing Odin die peacefully accompanied by Thor and Loki in Thor: Ragnarok, Hela was going to be the one to kill him. Odin gave his abilities to Thor and let them go before Hela came into the scene, which was published as a deleted scene. Hela stabbed and murdered Odin as Thor and Loki left.

#20 An original idea for Avengers: Infinity War included Doctor Strange sending Thanos through a mindscape — like the Ancient One did to Doctor Strange — and he would’ve had to face the Living Tribunal. The concept was deleted early on, according to writers Christopher Markus and Stephen McFeely, but it was brought up because they didn’t want to lose “the psychedelic nature of the [Jim] Starlin universe.” So, Doctor Strange was going to teach Thanos all of his errors, and Thanos was going to confront the Living Tribunal in the end. A statue of the Living Tribunal’s head may be seen in The Void in Loki Episode 5. The Living Tribunal’s purpose in Marvel comics is to safeguard and maintain the multiverse’s balance.

#21 Finally, a scene with Grandpa Quill staring up at the stars was almost included in the “Ain’t No Mountain High Enough” montage at the end of Guardians of the Galaxy. Director and writer James Gunn said they ended up cutting the scene because they were “a little afraid people wouldn’t recognize that it was him from the beginning of the movie,” and it was also a pretty sad moment for such a hopeful ending.