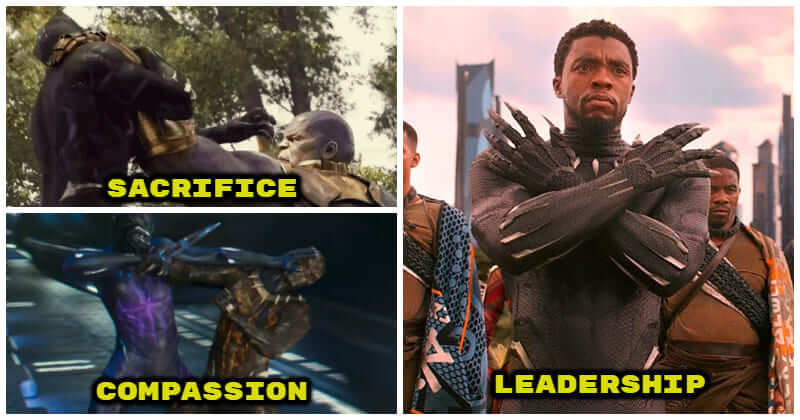 It’s indisputable that Black Panther played a pivotal role in the MCU. People claim him as the greatest superhero in the franchise. And they have things to prove there is a possibility of their words. Firstly, he is a person of leadership (actually, he is a king of Wakanda), integrity, and a sense of sympathy. As a result, he can simultaneously derive respect from others while giving them closeness.

Moreover, one of his most admirable characteristics is sacrifice. Not only did he sacrifice to his country, but he also did everything in his power to protect the universe from antagonists. As such, he has given birth to manifold heroic moments and an iconic quote: “Wakanda Forever”. Below are eight courageous moments that Black Panther deserves as the best hero in the MCU so far. It also honors Boseman, who portrayed T’Challa, for what he did dedicate to the movie industry. T’Chaka and T’Challa attended a United Nations conference in Captain America: Civil War. T’Challa noticed that a terrorist was about to attack and yelled for everyone to take cover. He jumped towards his father, hoping to save him, but was blasted away by the explosion. Though his father was killed, T’Challa saved a lot of people by warning them.

T’Challa learned that Zemo was the actual terrorist who killed his father. Zemo was able to get Captain America and the Winter Soldier to fight Iron Man, when T’Challa approached him. He understood that the Avengers fighting each other led to nothing good, and T’Challa decided not to kill Zemo. He refused to solve his conflict with violence. Zemo then tried to commit suicide, but Black Panther stopped him. When T’Challa believed the Winter Soldier was responsible for killing his father, he wanted to get his revenge. After learning the truth, however, he decided to help Bucky by freezing him until Wakandan researchers discovered how to stop HYDRA from controlling his mind at the end of Captain America: Civil War and throughout Black Panther.

4. Convincing M’Baku To Surrender Instead Of Killing Him

During the battle for the crown, M’Baku injured T’Challa and disrespected his family. Despite this, T’Challa won the fight as he gained the upper hand, and began to choke M’Baku. However, he understood that his opponent’s followers needed him, and told him to surrender rather than die in battle. M’Baku accepted his defeat and yielded, owing T’Challa his life.

5. Saving The World From Killmonger

M’Baku wasn’t the only person to challenge T’Challa in Black Panther. T’Challa’s cousin, Erik, who was abandoned by T’Chaka, resented T’Challa for how he grew up. He eventually actualized his plan for revenge and usurped the Wakandan throne.

After Killmonger took his place as Wakanda’s new king, he planned to spread Wakanda’s technology to oppressed people around the world, allowing them to rise up and kill those in power. T’Challa survived his loss and fought Erik again – winning their second battle. While T’Challa also hoped to save his cousin, Erik decided to die, refusing to become a prisoner. T’Challa, prevented war and violent revolts around the world.

6. Let The Outriders In Wakanda When the Outriders attacked Wakanda in Avengers: Infinity War, Black Panther understood that his priority was to protect Vision so Thanos wouldn’t be able to obtain the Mind Stone. In order to keep Vision safe, Black Panther was willing to let Wakanda’s barrier down, allowing the Outriders to get in and attack his people before they found another way to get through. At the end of Avengers: Endgame, heroes from all around the universe fought Thanos and his army once again. As they did, they passed the Infinity Gauntlet around to keep it safe. Hawkeye had it at first, but as he was being attacked, T’Challa took it off his hands. Then he did everything in his power to protect the Gauntlet and passed it to Spider-Man as he swung by. Rather than being Black Panther, T’Challa became Star-Lord in the second episode of What If…? and saved several planets. He even convinced Thanos to abandon his plan of using the Infinity Stones to eliminate half of all living creatures in this universe. Not only did this save innumerable lives, but it also helped Thanos, who joined the Ravagers, became friends with T’Challa, and many other people as well.