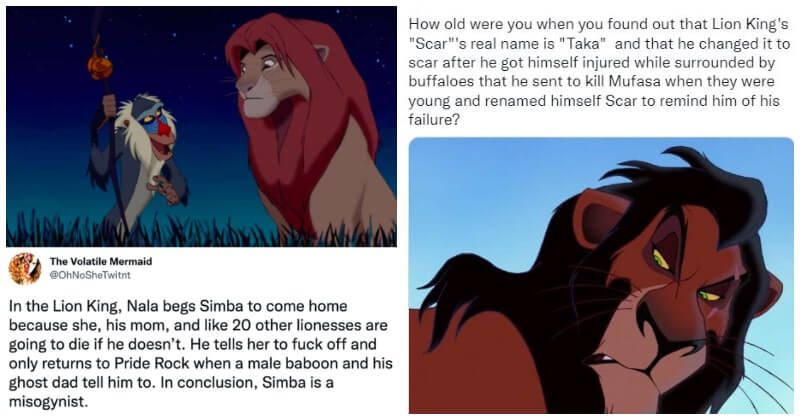 When it comes to the best Disney movie, there is no obvious consensus, but “The Lion King” is undoubtedly up there with the best.

“The Lion King” was released in 1994 and rapidly became one of the highest-grossing movies of all time. Audiences all over the world have been captivated by the heartbreaking story of the young lion Simba. He became orphaned after his villainous uncle Scar betrays Mufasa, the king of Pride Rock (and Simba’s father). The movie went on to become the most successful of 1994, generating a stunning $763.5 million.

Over the years, the film’s message about responsibility, greed, and the circle of life, as well as its memorable characters, have left a deep impression in the hearts and minds of Disney fans. And today, fans of “The Lion King” are still discussing it on social media.

There is a slew of additional intriguing aspects to this animation that might surprise you. So, keep scrolling down to find out! #2 The math checks out #10 Kovu walked so kylo could run