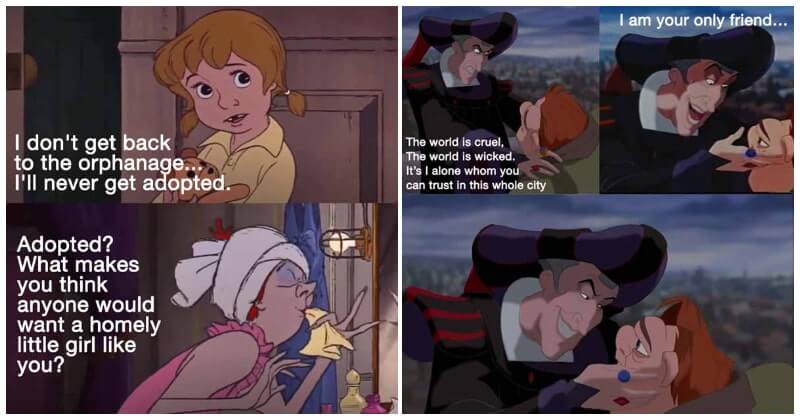 In the world of Disney, the villains are often just as famous as the heroes. All of them are depicted as evil, cunning, and possessing great power that is hard to defeat. They are usually crafting evil schemes to harm the heroes. Actually, these villains have a wide range of goals and motivations, but they virtually all use the same tool to carry out their schemes: gaslighting.

Gaslighting is a type of psychological manipulation. It’s a method to control someone by making them doubt reality. One of the classic examples of gaslighting is Mother Gothel. She lies to Rapunzel all the time, telling Rapunzel she’s useless, she can’t do things, insulting Rapunzel, and making Rapunzel feel as though she’ll never be able to live outside the tower. Mother Gothel’s entire plan is to make Rapunzel doubt her sanity, rationality, and judgment.

Scroll down to see a few examples of gaslighting as demonstrated by Disney villains. What do you think about this method? Tell us your thoughts in the comment below! #8 LaFou In ‘Beauty and the Beast’ #10 Madame Medusa From ‘The Rescuers’ #12 Judge Claude Frollo In ‘The Hunchback of Notre Dame’ #14 Scar’s Manipulation In ‘The Lion King’