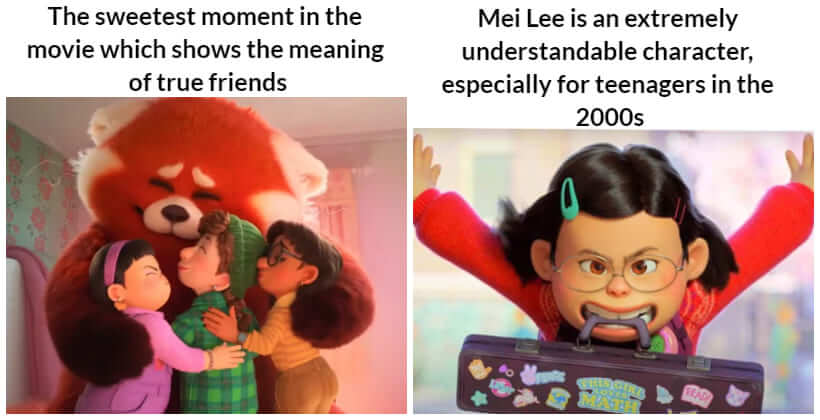 “Turning Red” introduced audiences to Meilin “Mei” Lee, a 13-year-old Chinese-Canadian student. One day, she realizes that whenever she becomes very excited or stressed, she will transform into a massive red panda. This turns out to be a curse passed down from her forefathers, but the curse can be prevented by a particular ritual. However, at the end of the movie, Mei knows herself for who she is and what she desires and she finally keeps her red panda.

From the release day, Mei Lee has quickly become a loved heroine because of her endearingly funny and awkwardness. Especially, Mei Lee’s transformation into a huge red panda has created many discussions on social media. Here are some of the best posts shared by fans about Mei Lee that we’ve never seen before.

Scroll down to discover and tell us your thoughts in the comment below! #3 Lilo and Mei Lee would have been friends #6 ’Turning Red’ was subtle about puberty #7 The power of an angry mother #8 The meaning of Mei’s colors #10 The parallel’s between Mei and her mother, Ming #14 Tyler didn’t have a crush on Mei Lee #16 Notebooks are a very private things #19 Mei Lee still has to go through a major change