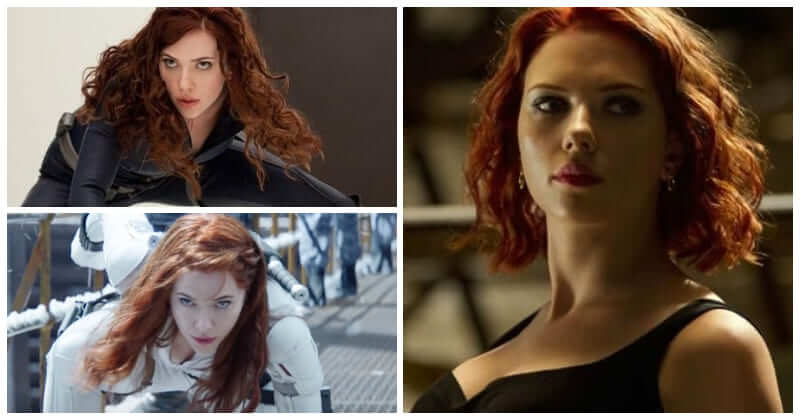 In MCU, Black Widow seems less beloved than other superheroes like Thor or Iron Man, but her role in the Avengers should never be underestimated. Thanks to her knack for spying and martial art, not only did she save the world several times but she also played a vital role in fighting against the outer enemies.

She first appeared in Iron Man 2 and other MCU movies throughout the franchise before having her own movie in 2021, which revealed lots of her background and family. As mentioned, even without any special instincts or high-tech weapons, she still tries to save the world and even the universe through her sense of fearlessness and sacrifice. Below are eight times Natasha proves that she is a great superhero and is the savior in the MCU. In the incident when Vanko attacked people during the Stark Expo in Iron Man 2, Natasha. Natasha had Happy take her there and fought the security guards as she made her way to the room Vanko was supposed to be in, only to discover that he had left before she arrived. Black Widow was, however, able to give Rhodey control of his suit back, allowing him to stop fighting for Vanko and team up with Iron Man to defeat him.

At the end of Avengers 2, As Iron Man altered the direction of a nuclear missile into the portal of the Chitauri, Black Widow used Loki’s scepter to break through the forcefield of the wormhole device so that it could be destroyed, closing the portal that Thanos’ army was using and stopping the invasion.

6. Discovering That HYDRA Lived On Inside Of S.H.I.E.L.D. While HYDRA seemed to have been defeated long before the Avengers came together, they actually hid inside of S.H.I.E.L.D. and planned to overthrow it. Natasha was assigned on a mission to find out as much as she could about Project Insight. With Captain America’s help, they learned how HYDRA had still been around for decades right underneath their noses and that so many people that pretended to work for S.H.I.E.L.D. were actually their enemies. Without Black Widow’s help, Scarlet Witch, Falcon, War Machine, and Vision couldn’t have become the heroes that they would be throughout the rest of the series, making it so Natasha and Steve Rogers were partially responsible for the heroic things their new comrades would do.

4. She Fought To Make The Avengers Work With The United Nations During the occurrence of the Civil War, some of the Avengers wanted to keep their freedom in case the United Nations wouldn’t let them do what they thought was necessary while others felt that they needed to be looked after in order to make people feel safe, with Natasha being one of the members that wanted to work with the United Nations. When her comrades began fighting each other, however, Black Widow also wanted to maintain peace and didn’t target her friends nearly as much as some of the others did. When Yelena was blasted into the sky after blowing up the airship’s engine in Black Widow. Natasha followed her and was able to save her sister’s life by giving her a parachute. Under Dreykov’s control, Taskmaster attacked Natasha on her way down and the two of them fought until Natasha managed to use the Red Dust to give Taskmaster her freedom back.

2. The New Leader Of The Avengers Black Widow became the new leader of the Avengers after the first Thanos’s finger snap. She communicated with the remaining Avengers on and out the earth to assemble. After one of their meetings, Natasha and Steve discovered Ant-Man, who proposed an idea to them in which they would go back in time to get the Infinity Stones and bring the vanished back.

1. Sacrificing Herself For The Soul Stone