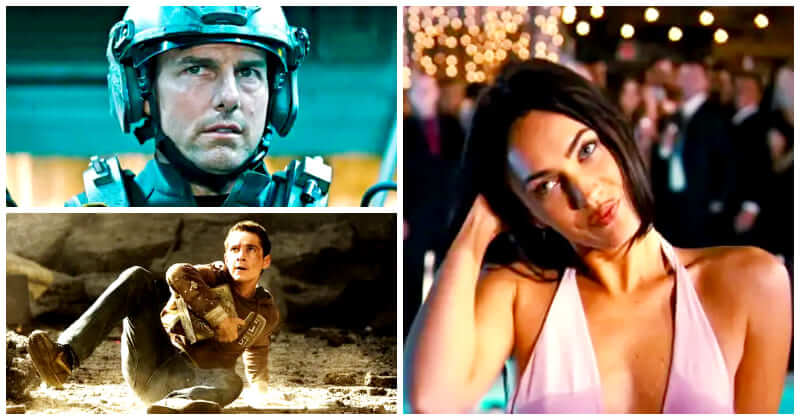 Being a movie star has long been one of the most sought job options for creative dreamers. Partnering with all kinds of great writers and directors to make stunning works of film – to say nothing of the cash and accolades that come with it – how beautiful we picture it to be.

After it’s all said and done, though, acting is simply another profession. Some days you arrive up feeling energized and ready to give it your best, while others you simply don’t. And, for the most part, the only thing that is keeping you coming is the prospect of payday.

Even the most well-known and renowned performers in the industry struggle to provide their best work every time. “What is your favorite movie that stars an actor or actress you can’t stand?” questioned Redditor u/TammySheHole. To say the very least, the results that came back were surprising.

#1 “Gangs of New York with Cameron Diaz doing the worst female Irish accent in the history of cinema.” #2 “Hook and Julia Roberts. She’s a dumb part of the film, but the rest of the movie makes up for it.” #3 “When I look at Tom Cruise I get the urge to punch him in the face, but I love Minority Report.”

#4 “Pirates of the Caribbean: Johnny Depp and Orlando Bloom. They were both fucking exemplary here, but I disliked both actors for the most part.” #5 “In Bruges — I couldn’t stand Colin Farrell for years, didn’t rate him as an actor, but after watching the movie and his recent roles l like him now.” #6 “I can’t stand Ben Stiller. He’s just the worst. I just can’t imagine anyone else playing White Goodman in Dodgeball.” #7 “Seven. Gwyneth Paltrow. Maybe ‘starring’ is stretching it, but she’s definitely in it, and I definitely can’t stand her vagina-misting ass.” #8 “I have a pretty low opinion of Kevin Costner’s acting chops, but The Untouchables is a great movie. He just ruins that line where he arrests Frank Nitti, ‘You killed my FRIEND!!!’ I feel like he pushed the role of Eliot Ness off the building along with the hitman after he delivers that sentence, even if it is quite rare form for David Mamet to write so sloppy a line.” #9 “Edge of Tomorrow. Not a fan of Tom Cruise but seeing him killed over and over again is entertaining.”

#10 “Elf. I really can’t stand Zooey Deschanel. I feel like this is the only movie where she isn’t basically playing herself.” #11 “I really don’t like Miles Teller, but I love Whiplash.” #13 “The Secret Life of Walter Mitty. I can’t stand Ben Stiller or Sean Penn in anything else, but this is one of my favorite movies.” #14 “Not actor or actress, but The Pianist was directed by Roman Polanski, a horrible human being.” #15 “How to Lose Friends and Alienate People: Megan Fox in her best role ever. She plays a vapid, charmless actress who is only popular because she is hot and stars in a movie franchise she is totally inappropriate for.” #16 “The first three Transformers movies and Shia LeBouf. Yeah, you don’t see those for the plot; you just want to see giant CGI robots fighting each other. The human scenes could have been cut out, and it would be fine.”