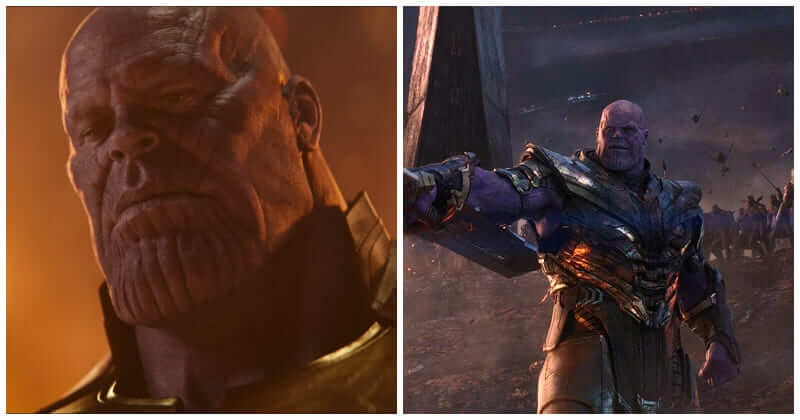 One of the aspects that led Marvel to success is their character. MCU’s movies have their characters in different colors and are given life to by top actors and actresses. As a result, They could easily illustrate the emotions and traits of the characters. Moreover, they have successfully built powerful, compassionate superheroes who are indeed beloved by the audience, such as Tony Stark with a genius mind or the King of Asgard – Thor.

There will be an omission if we only mention the superheroes and forget the antagonist – Thanos. Because in the absence of Thanos, there is no one who can push parallelly with the Avengers, everything becomes too easy peasy for the Avengers to handle, followed by a sense of blandness in the plot. For that reason, we will go deeper into the characteristics, power, and marginal things of Thanos and what perks you would have if you were Thanos. Thanos is one of the most powerful foes the Avengers ever faced, and that counts sheer physical strength.

Thanos doesn’t often fight with his own two hands, but he can overpower practically anyone with his fists if he must. Early in 2018’s The Avengers: Infinity War, he actually defaced the Incredible Hulk in a melee duel, which says a lot. Most movie villains have their own secret base or flagship to call home, and Thanos didn’t miss out. In the MCU, he commands a formidable battleship named the Sanctuary II, and several MCU scenes take place aboard this mammoth vessel. Like  most movie and comic book supervillains, Thanos has a handful of elite minions at his disposal — in this case, the vicious Black Order. This small but powerful group is made up of a variety of aliens with unique powers, including Ebony Maw, Corvus Glaive, and Proxima Midnight. Thanos is the commander of The Chitauri, which once followed Loki after he was appointed to lead them.

Thanos had another army, the Outriders, to command during Infinity War, and that was the army that laid siege to the hidden African nation of Wakanda. It’s easy to conquer the universe if a villain has not one, but two scary armies to play with. Thanos has a well-earned reputation by now, and his mere presence is enough to take the fight out of most people. This makes it easier for Thanos to convince a person, group, or entire planet to surrender to him or give him what he wants, which is certainly convenient.

5. Having The Infinity Gauntlet The six Infinity Stones are enormously powerful and ancient artifacts, and not just anyone can wield their power and remain intact.

By contrast, Thanos has an incredible artifact of his own, the golden Infinity Gauntlet, which allows him to wield any or all of the Stones with ease and harness their power properly. That gauntlet was a weapon unlike any other until Tony Stark built his own.

4. Having The Contentment Of Victory Unlike other MCU villains such as Red Skull or Killmonger, Thanos actually got to see his plan through to the end and reap the rewards. He took immense satisfaction in his successful Snap and retired to a remote farm, while most supervillains never get close to their own happily ever after. Thanos always had total confidence in his plan and his ability to carry it out, and it must be a great feeling to have so much security and self-assuredness. Of course, Thanos was frustrated any time his plans suffered a setback, but it never truly got to him. He was confident up until his last few moments. Thanos has his own fearsome weapons, and that includes his double-edged sword, a massive weapon that can dispatch most of Thanos’ enemies with a single swing.Thanos must feel pretty cool, slashing apart his foes with that sword, and he even used it to point forward and command his army to attack. In addition, Thanos wears a full suit of stylish, high-quality armor to keep him safe in battle, including a helmet, which is cool, too. Thanos has a long lifespan as a Titan, which gives him more than enough time to recruit minions, acquire his ship and army, think up his plan, and far more. Time is totally on Thanos’ side, and he has the patience to match. He didn’t strike until he was good and ready, which contributed significantly to his victory in Infinity War.

Will Bumblebee 2 Return To Theater? | Aubtu.biz