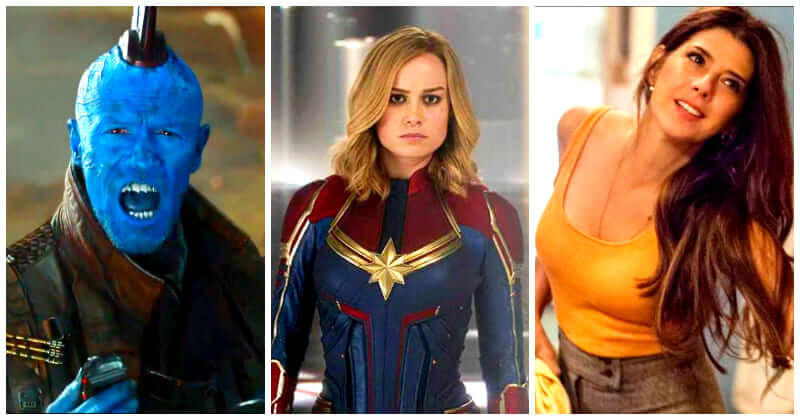 When award season comes in past few years, there has undoubtedly been discussion over whether some of the year’s biggest superhero films would be honored. Although being the most popular genre in Hollywood, these films are sometimes disregarded by some of the most prestigious award organizations, such as the Academy Awards, particularly when it comes to acting skills levels.

Some may argue that the absence of acting awards for Marvel and DC films is understandable given that they are snack entertainment with little emphasis on talents. Many enthusiasts from around the world, however, have singled out performances in these films that they believe are Oscar-worthy. Let’s take a closer look at them to see who they are. Hugh Jackman became an icon of the superhero genre with his portrayal of Wolverine throughout nine films, despite being a relatively unknown talent when he was hired. Logan, on the other hand, was the film in which Jackman was able to fully explore the character. Jackman was able to demonstrate so much more of his ability than merely being a badass, thanks to the flexibility of an R-rating and the desire to push the character to limits. If any performer in a superhero film deserves to earn an Oscar it should’ve been Jackman. Iron Man has been the symbol of the MCU since the beginning, as the hero who began the series. And it’s safe to argue that without Robert Downey Jr.’s brilliant performance, the entire movie universe would not have gotten off the ground. Iron Man and Robert Downey Jr.’s tenure in the Marvel Cinematic Universe came to a close with Avengers: Endgame, which gave the character a suitable send-off. Fans speculated that Downy Jr. would be given something to honor his accomplishment and importance in the MCU overall. Even though Aunt May never had a major influence in the films, Spider-Man: No Way Home makes her a more vital figure in Peter Parker’s path as a hero than any of the prior adventures. Marisa Tomei continued to add heart and comedy to the role, but she also produced some very poignant scenes that rank among the film’s most tragic. Given how the character was portrayed in the previous films, many fans were pleasantly surprised by Tomei’s outstanding portrayal. It was unknown how well Captain America would function in the MCU when he was brought into the twenty-first century. Captain America: The Winter Soldier, on the other hand, demonstrated that there are some creative ways to approach the character in a modern milieu, and Chris Evans’ performance served to reinforce it all. Evans was able to express Steve Rogers’ dilemma with being a man out of time and surrounded by those he didn’t trust in addition to being the unwavering figure of good. Evans’ performance was hailed by fans, who wished he had been honored for his contributions. Brie Larson is one of the only actresses who has previously won an Oscar before taking on the role of a superhero. Larson’s remarkable acting abilities were brought to the MCU as the eponymous hero in Captain Marvel, a character many believe will become a pivotal role in the cosmos in the future. Many admirers praised Larson’s portrayal of the strong and confident hero. Many people were particularly taken aback by Larson’s performance and expressed their desire to see her honored. In Spider-Man: No Way Home, it was thrilling to see so many old Spider-Man characters from previous films return. Willem Dafoe, reprising his nasty role as Green Goblin, was one of the returning performers that truly stole the show in a lot of sequences. Though Dafoe was fantastic in the Raimi films, in his MCU debut, he has the chance to be both sympathetic and menacing. Fans thought it was a fantastic performance that deserved to be recognized at the Oscars. Even though the film is still relatively new, many fans regard The Batman as the next big hope for superhero films at the Academy Awards. Many people consider Paul Dano’s portrayal of The Riddler to be the greatest in the film. Dano is a figure that operates in the shadows most of the time, but when he does walk into the center, he is immensely intriguing. Dano’s performance has already sparked speculation that he should receive the Oscar for best-supporting actor. Yondu was given a significantly more extended role in Guardians of the Galaxy Vol. 2 than he was in the previous film, where he was largely viewed as a supporting character. Michael Rooker has the opportunity to take Yondu in new ways in the sequel, which examines his connection with Peter Quill. Rooker has some of the most heartbreaking scenes in the film, including his final scene, in addition to being a hilarious and badass part of the cast. While it is extremely uncommon, Black Panther demonstrated that the Academy Awards are prepared to consider a superhero film for Best Picture. However, other fans believe that the performances, particularly Michael B. Jordan’s, deserved to be recognized in addition to the film itself. With his portrayal of Killmonger, Jordan gave one of the best MCU villain performances ever. While Jordan has yet to be nominated for an Academy Award in his stellar young career, we believe his performance in Black Panther is deserving of one. Even though it appears that Patrick Stewart will reprise his legendary role as Charles Xavier in Doctor Strange in the Multiverse of Madness, Logan felt like an appropriate send-off for the character. Stewart had some amazing emotional moments to play in the film, which was a darker and more realistic X-Men film. Stewart has a long and illustrious acting career, but some believe his performance in Logan was his worst Oscar rejection to date. The fact that Stewart was not even nominated isn’t encouraging for superhero performances to win Oscars.