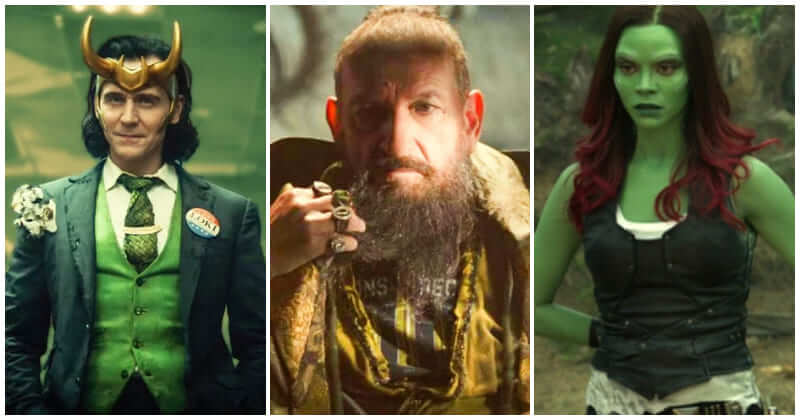 One of the most interesting points in Marvel movies is their storylines. Apart from following the original stories from the comics, they try to change the storyline little by little. As a result, thanks to these twists, Marvel can give the audience a sense of surprise and contentment.

It is worth mentioning the times when characters changed from a villain to a hero, which brought a new color to the movies. For instance, Loki changed from a cunny character to a person willing to sacrifice to save his brother, or Wanda turned into a hero after the Age of Ultron. Below are ten villains who then switched to a hero in the MCU. Valkyrie’s heroic core is finally awakened when Loki reminds her of her fallen squadron.  It’s only then that Valkyrie seeks vengeance from Hela, and helps Thor, Loki, and Bruce Banner defeat her. Loki never really wanted to hurt anyone, as fans learned in the streaming series, Loki. Once he gained his own brother’s approval in Thor: Ragnarok, Loki was able to find the company and attention he craves via heroic cooperation instead of destruction. Bucky’s return to heroism from villainy is still an ongoing journey in the MCU. Some fans might have wanted him to take Captain America’s shield at the end of Avengers: Endgame, but the lack of that responsibility allows him to prioritize working on his mental health, while still stepping into crime-fighting adventures with characters like Sam Wilson’s Captain America

Her Red Room family in the Black Widow film mirrored her turn for good as well, inspired by her selflessness and leadership. None of them could have defeated Drakov on their own, and their heroic teamwork not only brought him down but also freed countless Black Widow assassins from their indentured servitude. Gamora’s redemption arc is like a return to the good person she would have been without Thanos. She actually ends up as the moral core of her chosen family, the Guardians of the Galaxy, making her an especially great heroine. Nebula’s villainy is nothing more than Thanos’ abusive programming. As soon as she is free, and experiences just a few moments of compassion from Gamora and Tony Stark, Nebula becomes a vital hero with the Avengers and even kills her former self to save Gamora. Fans are hoping they will see more of her redemption arc in future. The Skrulls are an oppressed race of shape-shifting space refugees, but because the viewers first meet them through the Machiavellian eyes of the Kree in Captain Marvel, they are painted as villains.  But by the middle of the film, viewers, alongside Carol Danvers, realize that she has been manipulated by a merciless, militant civilization, and the Skrulls are actually their victims. Considering the conditions under which refugees are often subjected, their survival alone is quite heroic. Trevor’s redemption arc is one of the most bizarre turns in the MCU.  He is believed to be a powerful international terrorist in Iron Man 3. However, later in the movie, viewers learn that he is actually a squirrely out-of-work actor, who happens to appeal to the likes of actual villains. Despite being easily manipulated, Skurge has a strong redemption arc that revives his heroic warrior underpinnings.  At a pivotal moment in the final battle in Thor: Ragnarok, Skurge betrays Hela, fighting her reanimated soldiers, and sacrificing himself so that the Asgardians can escape.

1. What If T’Challa Became Star-Lord In the alternate universe where T’Challa became Star-Lord instead of Wakanda’s Black Panther, heinous galactic villains like Nebula, the Ravagers, Korath, and even Thanos are inspired to be heroes instead of villains.

The episode explores the theme of individual nature versus environmental nature, contending that T’Challa’s heroic and virtuous core transformed the role of Star-Lord from Ravager scoundrel to the strong moral compass the galaxy desperately needed.