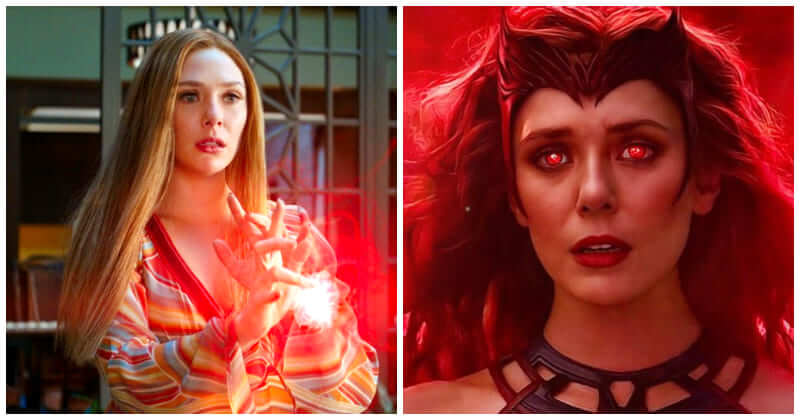 Wanda Maximoff made her Marvel Cinematic Universe debut in Avengers: Age of Ultron and has since been a huge favorite. With each film and tv show, Marvel introduces new superheroes, but Elizabeth Olsen’s role stays one of the most fearsome Avengers. WandaVision delves further into Wanda’s abilities’ latent potential.

WandaVision indicates that Wanda’s exposure to the Mind Stone intensified talents she was unaware she already possessed, whereas Captain Marvel got her abilities after being exposed to an Infinity Stone. Wanda has had the capacity to employ Chaos Magic since she was born as the Scarlet Witch. Wanda may not be as physically powerful as Thor, but her powers are considerably beyond those of Captain America and Spider-Man, among the Avengers. The big three, Thor, Iron Man, and Captain America, faced Thanos united in Avengers: Endgame’s last fight. While Captain America used Thor’s Mjolnir to great effect, the combined might of the three Avengers was insufficient. Wanda, on the other hand, not only stood up to Thanos but also caused him to call in an airstrike to get away from the conflict. Because they individually governed distinct portions of reality, the Infinity Stones were very powerful. The Scarlet Witch and the Masters of the Mystic Arts, including Doctor Strange, still have the ability to affect reality, even though the Infinity Stones have been converted to atoms in the main MCU timeline. WandaVision shows off more of Wanda’s abilities as she creates a pocket of reality with her Chaos Magic. Wanda’s Chaos Magic seizes control of Westview, New Jersey, isolating the town and its inhabitants from the rest of the world.

While grieving the death of Vision, the Scarlet Witch creates another world in which she may live a pleasant dream life, enlisting the help of Westview’s residents. Everyone in Westview is cast as a member of Wanda’s sitcom-style reality show, “WandaVision,” which Wanda names after herself. Wanda can effortlessly change the appearance of anything in Westview to meet her sitcom’s various periods. The Scarlet Witch has abilities that go well beyond mind manipulation. During her tenure in Westview, she was able to resurrect Vision and give birth to two twin sons, Billy and Tommy. Vision, Billy, and Tommy each have their own superpowers as well as free choice and individual intellect.

Vision and the twins were confined within the Hex, the Chaos Magic-infused energy sphere that encircled Westview. Within Wanda’s world, however, Vision, Billy, and Tommy acted as self-aware, sentient individuals. Wanda also used protective runes in the Hex to keep Agatha Harkness, the witch, from using her magical abilities. Wanda is inexperienced and only discovers her abilities at the dawn of Phase Four. Wanda is the only Avenger who can access the Astral Dimension because Doctor Strange is a Master of the Mystic Arts and not an Avenger. Wanda, on the other hand, is able to maintain control of her physical existence while extending her astral form, whereas Doctor Strange removes his astral form from his physical body.

WandaVision concludes with Wanda preparing herself a cup of tea while studying the Darkhold in her astral form. Wanda understands that she has only begun to scrape the surface of her abilities.

Wanda’s Future in the MCU The Scarlet Witch will be reprised by Elizabeth Olsen in the eagerly awaited Doctor Strange sequel, which is set to hit cinemas on May 6. Doctor Strange in the Multiverse Madness has a new TV promo that has various sequences with Zombie Strange as well as a brief encounter with Zombie Wanda. This is the first time MCU fans have seen Zombie Wanda in action, which might mean Doctor Strange established a door to another zombie reality.

Marvel audiences may witness Wanda square off against Doctor Strange as the movie release date gets closer. Wanda’s pure, uncontrolled Chaos Magic has established her as one of the most powerful figures in the Marvel Cinematic Universe, rivaling the might of Doctor Strange, the previous Sorcerer Supreme. As the universe continues to unfold, the ultimate clash between them appears to be on the horizon in the sequel to Doctor Strange.