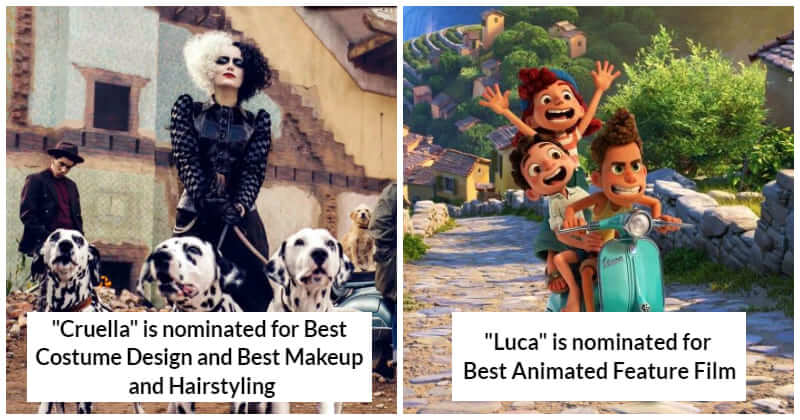 Received a total of 23 Oscar nominations, Disney proves their place in the audience’s hearts. And to celebrate the 94th Academy Awards, it is nothing better than checking out the list of Disney nominees this season!

Okay, if you’re a movie enthusiast like us, you definitely want to see the nominated films ahead of time since they ensure you will have a good choice. We’ve put up a quick guide for finding Disney’s outstanding candidates for streaming on your TV or favorite device, whether it’s your first or 94th viewing!

Therefore, let’s scroll down to check this new post out! Our post will lead you to a beautiful time enjoying the cinematic world!

#1 Summer of Soul – Streaming on Hulu and Disney+ This documentary made by Searchlight Pictures / Onyx Collective is up for Best Documentary Feature. It depicts the narrative of the 1969 Harlem Cultural Festival, which took place approximately 100 miles south of Woodstock and was half music video, part historical document. Summer of Soul will also make its broadcast debut on ABC on Sunday, February 20 at 8 p.m. ET/PT. This Marvel Studios action film has been nominated for an Academy Award for Best Visual Effects. When Shang-Chi (Simu Liu) gets lured into the web of the enigmatic Ten Rings organization, he is forced to confront the past he believed he had left behind. Disney+ is now available for your watching enjoyment.

#3 Raya and the Last Dragon – Streaming on Disney+ Raya and the Last Dragon, from Walt Disney Animation Studios, is a sumptuous fantasy adventure that highlights the beauty of teamwork, the force of hope, and the magic of trust. It’s an embarrassment of animated treasures this year, honestly. It’s now available on Disney+! Luca is a fin-tastic coming-of-age drama that chronicles the adventures of two teenage sea monsters over the course of one life-changing summer on the Italian Riviera and was nominated for Best Animated Feature Film. The movie is now available on Disney+. The film from 20th Century Studios is vying for Best Visual Effects, which isn’t surprising given that it takes place in a fantastic video game universe full of gravity-defying exploits. Here’s some exciting news: Beginning February 23, the action-packed comedy will be available on Disney+.

#6 The Eyes of Tammy Faye – Streaming on HBO Max The Eyes of Tammy Faye was nominated for two Academy Awards: Best Actress in a Leading Role (Jessica Chastain) and Best Makeup and Hairstyling. By watching the video on HBO Max, you may get a glimpse into the extraordinary world of televangelists Jim and Tammy Faye Baker. Best Costume Design and Best Makeup and Hairstyling are the two Academy Awards that the live-action origin story of one of Disney’s most renowned villains was up for. Estella, a brilliant young fashion designer anxious to make a name for herself, becomes the rowdy Cruella we know and love in this film set in 1970s London. The film is competing for three Academy Awards: Best Animated Feature Film, Best Original Score (Germaine Franco), and Best Original Song. In no time, you’ll be talking about Bruno and desiring arepas con queso thanks to the wonderful story of the Madrigal family. The Searchlight Pictures film, directed by Guillermo Del Toro, received four nominations, including Best Picture and Best Production Design. The plot, which is based on William Lindsay Gresham’s 1946 novel of the same name, follows an ambitious carny (Bradley Cooper, who also produced the picture) as he plots his way to success by defrauding the upper crust of 1940s society. Best Picture, Best Directing (Spielberg), Best Actress in a Supporting Role (Ariana DeBose), and Best Costume Design (Paul Tazewell) were among the seven categories in which Steven Spielberg’s adaptation of the legendary musical—with music by Leonard Bernstein and lyrics by Stephen Sondheim—was nominated. Starting on Wednesday, March 2nd, you can watch the 20th Century Studios film on Disney+, just in time for the Oscar season!