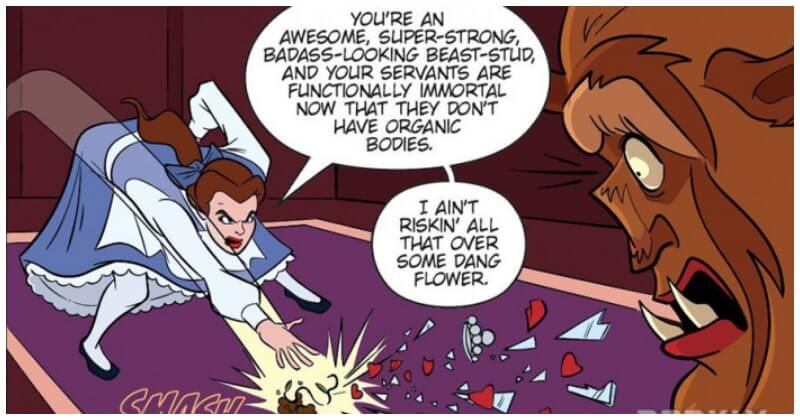 Disney animated feature films are without a doubt the best there are. You probably know them by heart, but have you ever found some details illogical? Like why Ariel can only use her mouth to tell the prince that she is the one who saved him? And why didn’t the soldiers realize that there was a dragon beside Hua Mulan? That’s exactly what illustrator from Dorkly has thought and they proved it with a hilarious series about your favorite Disney movies.

Dorkly is an American cartoon channel that produces parodies of video games and movie references. This time, they created a brilliant series describing how the stories of our favorite Disney characters would have ended if they had made reasonable decisions. These illustrations might be logical and funny, but they may also twist the plot and the movies would certainly end sooner.

So what do you prefer? Do you want to watch the original princess stories or a smarter version of the stories? Let us know by placing your comments below! Isn’t it absurd to choose someone based on their shoe size? Because some people’s shoe sizes may be the same. Is it really so usual to see a little dragon?

#3 Snow White and the seven dwarfs If only Snow White had been less kind. Ariel can write a note saying she’s the one who saved the Prince. Why does Simba feel the need to flee? Instead, he might have said this. Why not make a wish for more wishes? If Aladdin had only thought of it, he would be the wealthiest and happiest person on the planet.

#7 The Beauty And The Beast Is Belle demonstrating her badass side? When she initially noticed the bloom on the west wing, she should have done this.