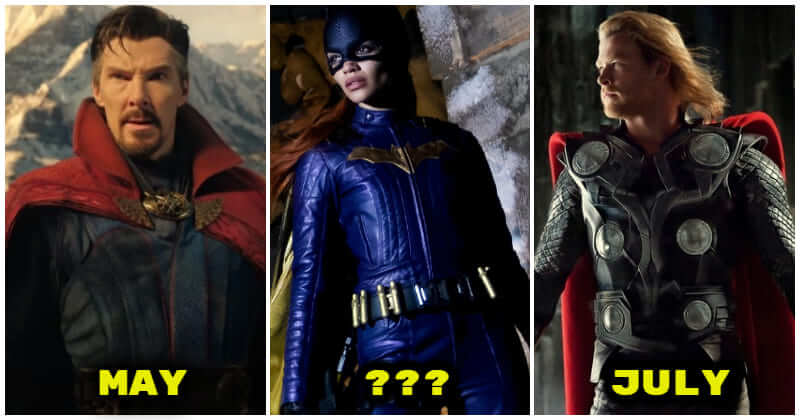 After nearly two years of negative impacts of Covid, the cinematic industry is going to explore in the imminent time. Marvel and DC with superhero movies are the most expectant. While viewers have a thirst for entertainment, movie publishers absolutely want to take advantage of it to make profits. So the number is not just 3 or 4, it is 10. Ten movies are gonna be released in 2022, both in the theater and on TV.

Including the newest episode of Black Panther, Dr. Strange, or the debut of a new superhero like Black Adam, this return will take people, especially MCU and DC fans by storm. As mentioned, ten movies will be put on screen. Scroll down to see when they are possibly released and whether there is something new about them and attached details. Morbius will become the second Spider-Man villain to get his own movie. Directed by Daniel Espinosa, Morbius stars Jared Leto as a terminally ill scientist who accidentally transforms himself into a monster with a vampire-like hunger for human blood. The importance of Multiverse of Madness to the grand narrative of the MCU is enough to bring in almost every fan that cares about the red brand. By a rather large margin, it is the most anticipated comic book movie of 2022. Starring The Rock as Black Adam, the DC film is directed by Jaume Collet-Serra from a screenplay by Adam Sztykiel, Rory Haines, Sohrab Noshirvani. Black Adam has been in development since 2014, so it seems 2022 is finally, at long last, the film’s time to shine. In Thor: Love and Thunder, Jane is set to become Thor’s female counterpart. Two new characters joining the fold are Gorr the God Butcher (Christian Bale) and Zeus (Russell Crowe), the former of whom is the film’s main villain. Directed by Wreck-It Ralph co-writers Jared Stern and Sam Levine, the film is expected to focus on super-powered animal sidekicks from DC Comics, such as Krypto the Super Dog, Streaky the Supercat, Comet the Super Horse, Beppo the Super Monkey, and more. Similar to the first movie, it will include multiple versions of the web-slinger, with one of the new additions being the main character from the late 1970s Japanese Spider-Man series. Unlike most of the other films on DC’s slate for 2022 and beyond, the release date for the Shazam! sequel has actually been moved up rather than pushed back, since it will be ready for release sooner than The Flash and Aquaman and the Lost Kingdom, which both need more visual effects work done before they can hit theaters. Aquaman and The Lost Kingdom releases after The Flash, a multiversal movie that is set to reset, rework, and/or reestablish the DC Extended Universe. Which would ideally get people on the same page ahead of Aquaman 2. While Batgirl will not be hitting theatres (released in HBO Max), DC is still treating it as a high-budget feature film starring Leslie Grace as Barbara Gordon and Brenda Fraser as the villainous Firefly. The excitement level of this movie is tough to gauge due to the lack of knowledge about the film itself.

9 Celebrities Who Share The Same Name But Aren’t Related