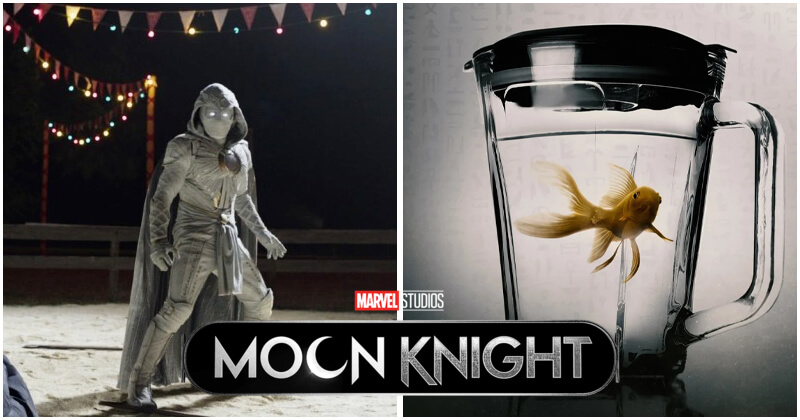 There are just a few hours left before the debut of the first episode, and in the meantime, ABC News has released a new official clip of the series online in which we can witness the first transformation of the protagonist into Moon Knight. You can see it below:

Also, a new official poster has been released online as well, and it features… a fish: As part of Phase 4 of the Marvel Cinematic Universe, Moon Knight is a miniseries produced by Marvel Studios that contains 6 episodes. The show is directed by Mohamed Diab, Justin Benson and Aaron Moorhead and written by Jeremy Slater.

Here is the official synopsis, courtesy of Marvel Studios:

“Moon Knight follows Steven Grant, a mild-mannered gift-shop employee, who becomes plagued with blackouts and memories of another life. Steven discovers he has dissociative identity disorder and shares a body with mercenary Marc Spector. As Steven / Marc’s enemies converge upon them, they must navigate their complex identities while thrust into a deadly mystery among the powerful gods of Egypt.”