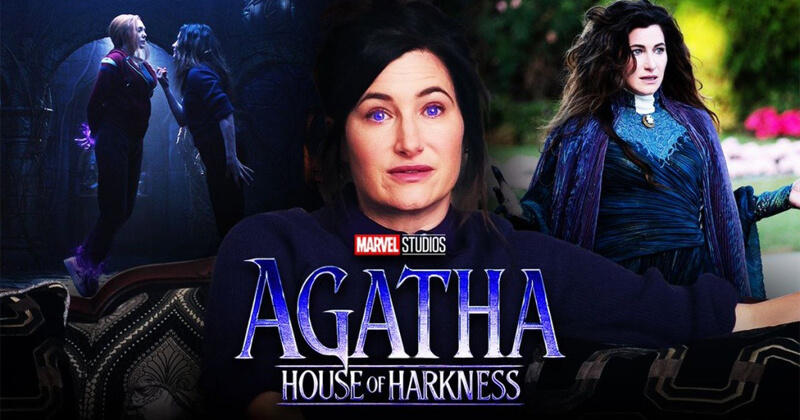 In the next few months, Marvel Studios will start filming Agatha: House of Harkness, a spin-off series of WandaVision that centers on the character of Agatha Harkness played by Kathryn Hahn, which will arrive soon on Disney+. According to a new rumor reported by the gossip site Deuxmoi, a famous American comedian is in talks to join the cast of the series. Deuxmoi does not directly name her, but indicates that she is an A-lister with comic roots and that in recent years, she has taken a break from acting to focus on directing and producing other products only.

Starting from this description, The Disinsider speculated that she might be either Elizabeth Banks or Amy Poehler, both worked with Kathryn Hahn at least once. The Marvel actress co-starred with Banks in the 2011 comedy Our Idiot Brother and with Poehler in NBC’s Parks and Recreation series. As part of Phase 4 of the Marvel Cinematic Universe, Agatha: House of Harkness is a TV miniseries produced by Marvel Studios, which consists of 6 episodes and will be available for streaming on Disney+ from 2024. The show is written by Jac Schaeffer and directed by Jac Schaefer, who created and produced WandaVision. At the moment, Kathryn Hahn (Agnes / Agatha Harkness) is the only cast member confirmed so far. But as always, we will keep you updated on future developments.