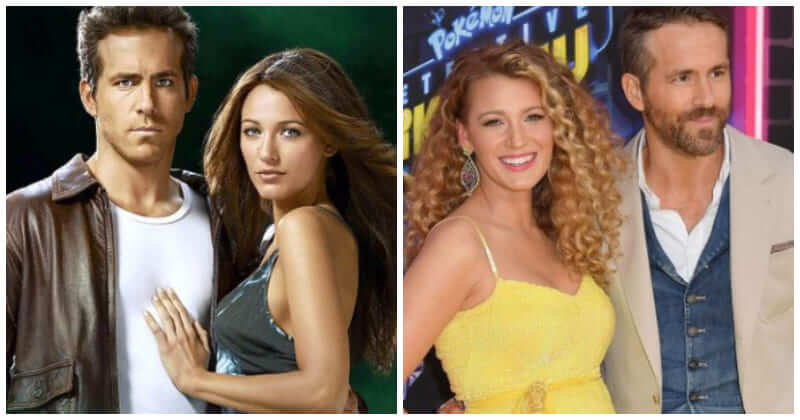 Love stories are inevitable in all kinds of movies, from dramas to fictional movies, even horror ones.  Many actors have such great acting skills that their love on the screen looks extremely sweet and romantic. Therefore, viewers can’t help hoping they will become real couples. Even sometimes, fans of couples in movies don’t want to see them with others together.

However, the reality is often far different from what happens in movies. For Hollywood A-listers, workplace romance is considered a bad thing because it easily comes to the spotlight, which makes them lose their privacy. Moreover, the scrutiny from haters and the high expectations from fans will put them under the pressure of being a perfect couple. That’s why not many celebrities in the film industry keep their long-lasting relationships.

But there are still admirable couples who have bonded together until now! It’s what we want to show you in this post –  a list of celebrity couples who have actually been in a relationship since working together on movie projects. Let’s see whether there are couples you love! They were a couple in the 2007 film ‘Evening’. They fell in love while working together and got married 2 years later. Now they have 2 children. “The Place Beyond the Pines” in 2012 is the movie bringing this beautiful couple together. They are very private about the relationship and have managed to keep fans in the dark. Now they have 2 daughters. They fell in love while playing in the second season of the fantasy show Game of Thrones. After many times being spotted together, they officially confirmed to be a couple. And they got married 5 years later. Now their family has 3 members. They met each other on the dance floor of the Toronto International Film Festival, months before they began filming ‘The Light Between Oceans’ and they began their very private romance towards the end of 2014. They got married in 2017 and their first kid was born in 2021. The Spanish movie ‘Jamón, Jamón’ in 1992 was the first movie they played together. Their relationship started in 2008 in another film, they got married in 2010 and now they have 2 kids. The couple met in the filming of the movie ‘Green Lantern’ in 2010. Their romantic relationship started in 2011 after Lively broke up with Penn Badgely and Reynolds divorced Scarlett Johansson. They have 3 children together now.

#7 Will Smith and Jada Pinkett Smith They met in the film ‘The Fresh Prince of Bel-Air’ in 1994. They were a couple in that movie, after 1 year, they began dating and got engaged in 1997 then got married the very same year. They have 2 children together — Jaden and Willow. On the set of the movie “I Know What You Did Last Summer” in 1997, the couple met each other, but they didn’t fall in love until 2000. 1 year later, they announced to be engaged and they got married in 2002. They met in 2010 on the set of “Dream House” and in December of that year, snaps of them being affectionate circulated in some publications. They secretly got married 6 months after the dating rumors. They have known each other since they were young on the set of the TV series “That 70’s Show”. Then they fell in love with others, but they once again crossed paths in 2012 and began dating shortly after. They played in the film “The Oranges” in 2011. Their relationship started in 2013 and they got married just one year later. Now they are happy with 2 kids. They met on the set of the film “The One and Only, Genuine, Original Family Band” but they have just fallen in love since their second film in 1983 and got married that same year. Their first kid was born in 1986. The “Revenge” co-stars played a couple in the TV show. There were rumors about their relationship, but the couple eventually got engaged in 2017 and tied the knot in the Bahamas a year later. They have one child together and one fur baby. The couple has been married for more than 30 years, defying Hollywood standards. They initially met when the actor was on a play and Sedgwick was an audience. They met on the set of the hit show ‘Once Upon a Time’ where Goodwin played Snow White and Dallas her prince. Their on-screen fairytale story soon became a real-life romance.