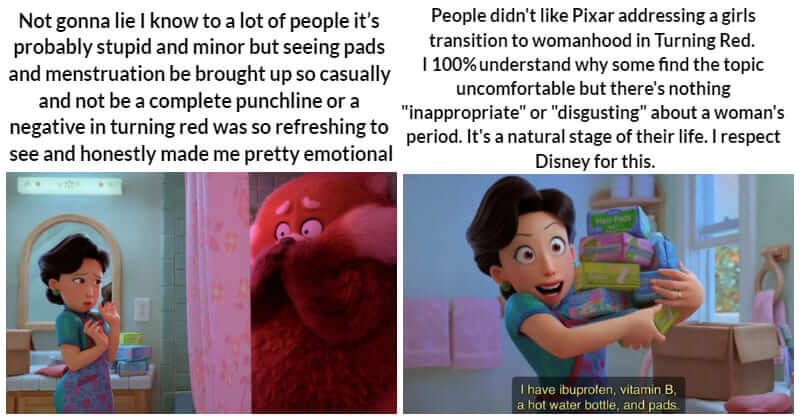 What makes the audience, not just children, come to the theater to see “Turning Red”? It probably comes to the excellent content of the film. “Turning Red” depicts the fears, fatigue, and bewilderment of a teenage girl but these are still very close to an adult. How many of us are hiding our true feelings? How many of us hold back every day, encouraging ourselves that we’re okay?

Besides, with the theme of coming-of-age, focusing on the “sensitive” issue of women, “Turning Red” broke some barriers of the Hollywood animation industry. This is also the first Pixar film produced by female director Domee Shi, who is behind the short film “Bao”. Thanks to that, since its premiere, “Turning Red” has received a lot of attention from viewers over the world. People have taken the movie to Twitter to share the most intriguing things about it. And here are some of the most interesting posts we’ve collected. Scroll down and enjoy! #2 So refreshing to see #9 The most realistic book for a 13YO #13 Not relatable to men #19 Nothing beats a light-hearted Pixar film #20 Generation gap is created by miscommunication and overt control #22 The perfect combination of old Disney vs new Disney #23 Ming is not villains #24 Feelings of Latinos and Asians