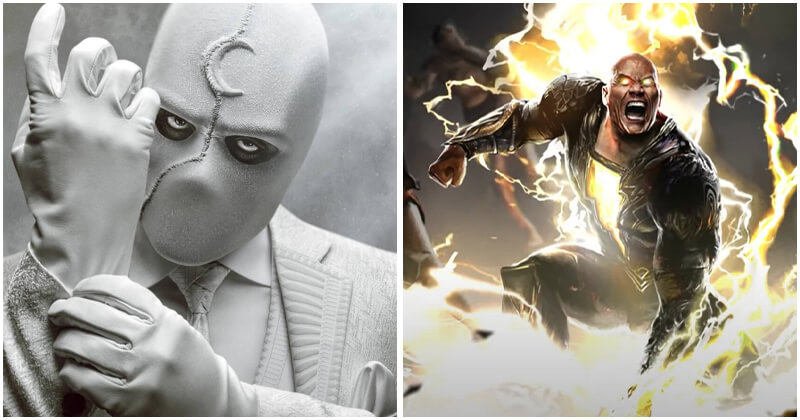 It’s no secret that the upcoming Marvel show, Moon Knight is really well-rooted in the culture of Egyptian mythology. The series features the Egyptian god of the moon Khonshu and many other Egyptian elements both in front of the camera and in the production crew.

In fact, Moon Knight director Mohamed Diab has even said in a recent interview how annoyed he was by Warner Brothers’ Black Adam for the exact opposite reasons. According to the director, the studio should have opted to set this film in a realistic location instead of following the fictional roots of the comics. “I was really annoyed with DC when they set Black Adam in a fictional middle eastern country as an excuse to cast non-Egyptians, when it was obviously meant to be in Egypt,” Diab told Filfan. “Representation opportunities shouldn’t be wasted… But it’s not a full mistake since it’s based on an iteration of the comics that doesn’t mention Egypt.”

Talking about the different choices of Moon Knight and Black Adam, the director added that he would love to showcase Egyptian talent as much as he was able to. “Every culture should be represented by its people, so I hired actors, an editor, a costume designer, an art director, and a composer who are all Egyptian,” he shared.

In a tweet, Mohamed Diab also confirmed that Oscar Isaac’s Marc Spector would remain Jewish, despite early reactions suggesting the series won’t talk about it.

Wait until the end of the show,
You’ll be pleased.

In a recent interview with USA Today, Moon Knight executive producer Grant Curtis also shared his view on the main adventure of the series.

“It’s a story about identity and finding one’s true self,” Curtis said. “The journey that Marc Spector is on during our whole show is: Who am I? And how do I reconcile portions of my past, present and potential future that I don’t necessarily agree with? Coming to terms with our baggage and learning to live with ourselves is what we all deal with on a day-to-day basis.”