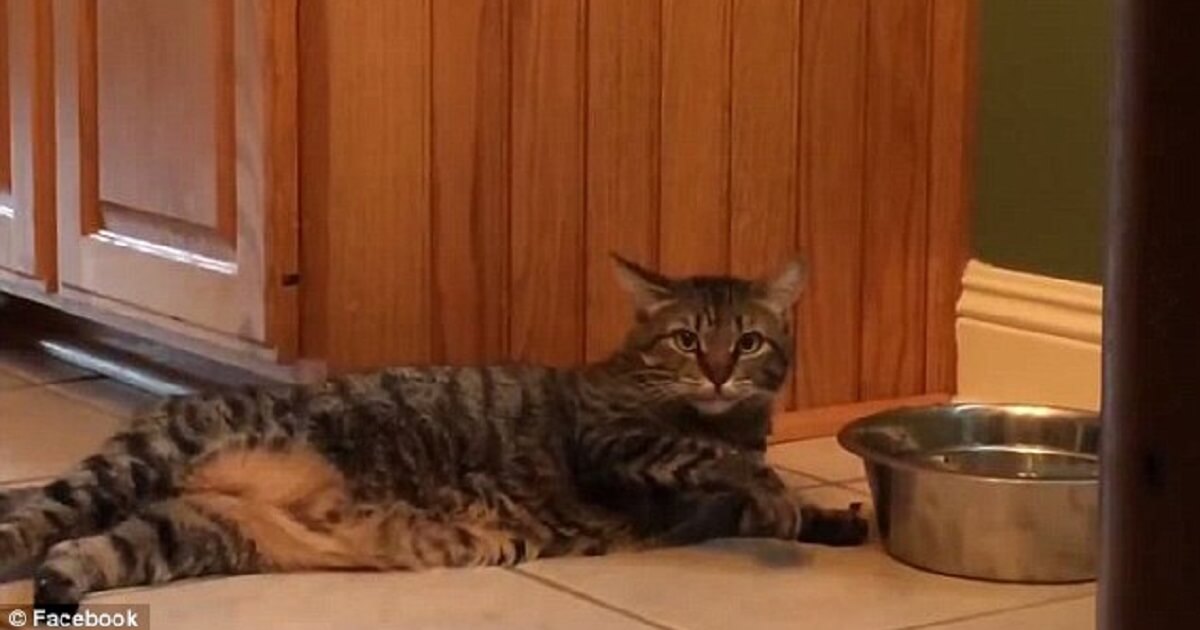 An adorable cat has been capture on video by its owner drinking in a rather peculiar manner. I make sure that this video is hilarious and inspiring and will make your day.
In the video, you will see a thirsty kitty hilariously find a new plan for drinking water when she is too lazy to get up. The feline is far too clever to waste her energy on standing and drinking, so she uses her paw to quench her thirst.
The video has gone viral attracting more than 20 million views since it was uploaded to social media. Watch the video and share with your friends and your family!

The tabby is seen dipping its paw into the bowl before dripping the droplets of water into its mouth. The cat continues to lick its paw to get as much water as possible before dipping it back into the silver dish. The cat is well aware it is being watched but remains happily stretched out on the white tiles as it continues to drink lazily from the tap. Watch the hilarious video below!

Emotional Story: Kindness of Young Boy To Homeless Man and His Poor Dog