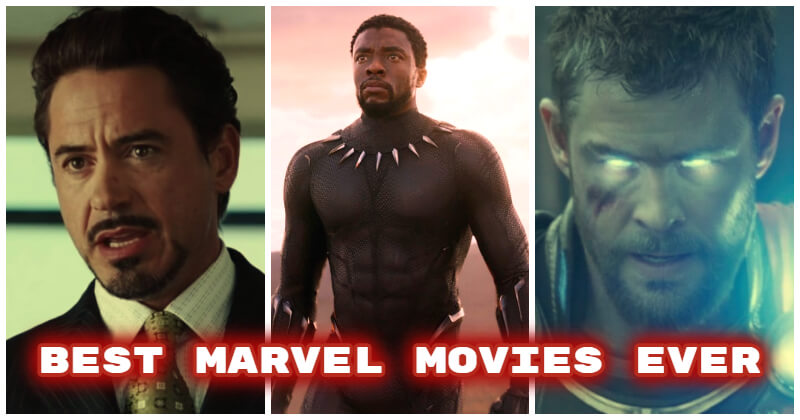 There are multiple reasons that I can say: “Everyone should at least once watch an MCU movie once in their life”. MCU is fantastic at montage, from cinematic effects to every single frame. Consequently, people could turn off the screen with their eyes and ears satisfied.

Moreover, These films are remade via a well-known comic named Marvel, which is one of a kind. While the audience feels smooth with the plot, they get startled by twists given by the director. As a result, it could arouse their curiosity.

If it’s hard for non-Marvel fans to watch full of 27 movies, then this list is made for serving your convenience. Below are the top 15 movies you should take the time to watch. It’s just a subjective opinion as for Marvel fans, i, and I hope that you guys feel free to give your views. With help from Nick Fury, Captain Marvel tries to uncover the secrets of her past while harnessing her special superpowers to end the war with the evil Skrulls.

A funny, emotional but extremely powerful character that you won’t want to miss! Armed with a super-suit with the astonishing ability to shrink in scale but increase in strength, cat burglar Scott Lang (Paul Rudd) must embrace his inner-hero and help his mentor, Dr Hank Pym (Michael Douglas), plan and pull off a heist that will save the world.

12. Guardians of the Galaxy Whether characters in the movie are heroes or villains depends on how they’re feeling at the time – and that’s why we love them. They might fight and snark at each other on a daily basis, but they’re a family. A highly dysfunctional and dangerous family. Set predominantly during World War II, the film tells the story of Steve Rogers, a sickly man from Brooklyn who is transformed into a super-soldier and becomes Captain America. Tony Stark (Robert Downey Jr.), now, is more dependent on the suits that give him his Iron Man persona — so much so that every aspect of his life is affected, including his relationship with Pepper (Gwyneth Paltrow). In this part, we can see how cool Iron Man is more vividly than the 2 previous parts. Especially when he assembles his suits. With equal parts action and heart, Infinity War raises the bar for the MCU and sets Endgame up to push it even further. Tom Holland, Tobey Maguire and Andrew Garfield’s Spider-Mans with the join of Doctor Strange in a movie? What to say?

Also known as The Avengers 2.5, saw everyone’s favorite superhero team split up over a disagreement about their own autonomy. On one side, you have Team Cap and on the other, you have Team Iron Man, and when the two teams collide, you get one hell of a superhero film. After a career-ending car collision, brilliant but arrogant neurosurgeon Stephen Strange (Benedict Cumberbatch) sets out to repair his hands only to find himself protecting the world from inter-dimensional threats. The Avengers is an almost perfect superhero film. The groundwork which had already been laid in previous Marvel movies definitely helped pave the way for the cinematic collaboration, allowing audiences to dive straight into the action without having to wonder who everyone was. This photo has words!  A new world opens. A billionaire industrialist and genius inventor, Tony Stark (Robert Downey Jr.), is conducting weapons tests overseas, but terrorists kidnap him to force him to build a devastating weapon. Instead, he builds an armored suit and upends his captors. Returning to America, Stark refines the suit and uses it to combat crime and terrorism. Ragnarok is leaned into the comedy of the character rather than try and ignore it, which allowed for one of the funniest films in the MCU. Plus, Hulk came along for the ride, given he wasn’t allowed another solo film, as well as Loki and a whole host of awesome new characters (Valkyrie, Grandmaster, Korg, etc.) were introduced to the MCU.

Endgame, of course. It might seem like somewhat of a predictable top pick given it’s the ultimate finale to the Infinity Saga, but there’s more to it than that. Putting aside the individual moments which make Endgame great (Cap wielding Mjölnir, that badass female superhero scene, finally hearing Cap say “Avengers, assemble”).