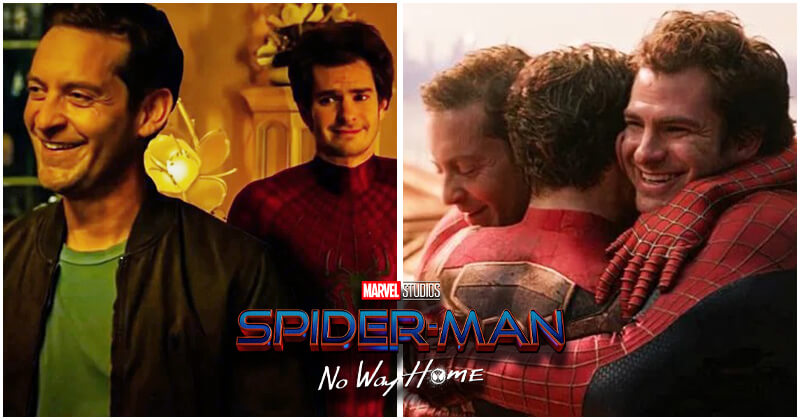 It seems like an alternate version of the ending of the new blockbuster Spider-Man: No Way Home does prepare the return of Tobey Maguire and Andrew Garfield to the MCU. Fans haven’t stopped talking about the film since its theatrical release in December 2021, and the recent digital release of the Sony / Marvel Studios crossover only served to fuel the conversation further.

Both Garfield and Maguire reprised their Spider-Man roles for No Way Home, joining Tom Holland’s Peter Parker as they navigated the dangers of the multiverse to bring a series of villains back to their respective timelines. While the trio eventually broke up in the end, there may be a chance that they will reunite again in the future. Despite the multiple leaks and persistent rumors that have anticipated the film’s release, nothing has diminished the impact of seeing Holland, Maguire and Garfield together on the big screen.

Of all the heartwarming pieces of Spider-Man: No Way Home, director Jon Watts made sure to get the most out of what seemed like a once-in-a-lifetime opportunity to bring all three actors together. However, a deleted scene from the trequel suggests that Maguire and Garfield may return to the MCU soon.

In the scene, the trio says their final goodbyes and Holland jokes: “I’ll see you later.” Garfield then replies: “You know where to find us.” This detail effectively establishes that Tom Holland’s Peter is able to contact Garfield and Maguire at any time, leaving the door open for a reunion at some point in the future. Talking about the possibility of his return, Garfield said in an interview that he was “open to that”.

“In terms of moving forward with the character, yes, I am definitely open to that, and again, it would have to be something very unique, very special, and of service to an audience, of service to the character,” the actor shared. “I think there’s something playful and unique and odd and unexpected to be done. I’m not sure what that is, but if we can figure that out, that would be so much fun.”

Spider-Man: No Way Home was released in theaters on December 13th. Directed by Jon Watts and produced by Kevin Feige and Amy Pascal, the movie features Tom Holland, Zendaya, Jacob Batalon, Tony Revolori, Marisa Tomei, Benedict Cumberbatch and many other actors from the previous Spider-Man films.