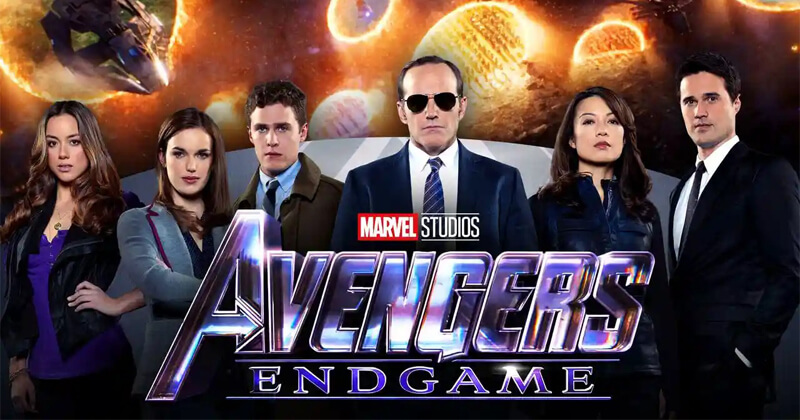 In 2020, the finale of the seventh season of Agents of S.H I.E.L.D., the longest-running series produced by Marvel Television in collaboration with ABC Studios, aired. Created by Joss Whedon and originally conceived as a television extension of the Marvel Cinematic Universe, the show chronicled the adventures of revived Agent Phil Coulson (Clark Gregg) and his team, but ended up being “decanonized” from the continuity of the MCU.

However, it seems like initially, a visual reference to a certain character of the series was foreseen in Avengers: Endgame (2019) by the Russo brothers. Today Cantina Creative, an LA-based studio specializing in the creation of visual effects, has published on its page some designs made for Avengers: Endgame, including those concerning the Time Heist sequence.

As highlighted by the user BEJT on Twitter, in one image in particular, you can see a photo of Daniel Whitehall – one of the leaders of HYDRA introduced in Agents of S.H.I.E.L.D. – together with Red Skull and Armin Zola on the information sheet of the Space Stone theft plans, aka Tesseract.

Wow, turns out @reeddiamond‘s Werner Reinhardt from #AgentsofSHIELD nearly made an appearance in Endgame! In response to the tweet, Daniel Whitehall actor Reed Diamond has expressed his amazement at the image, explaining that he finally understood why Marvel Studios contacted him back then:

Wow! Now, the mystery of why they called to check my availability has been solved. Thank you!

18 Celebrity Interview Moments That Are Highly Awkward And Uncomfortable