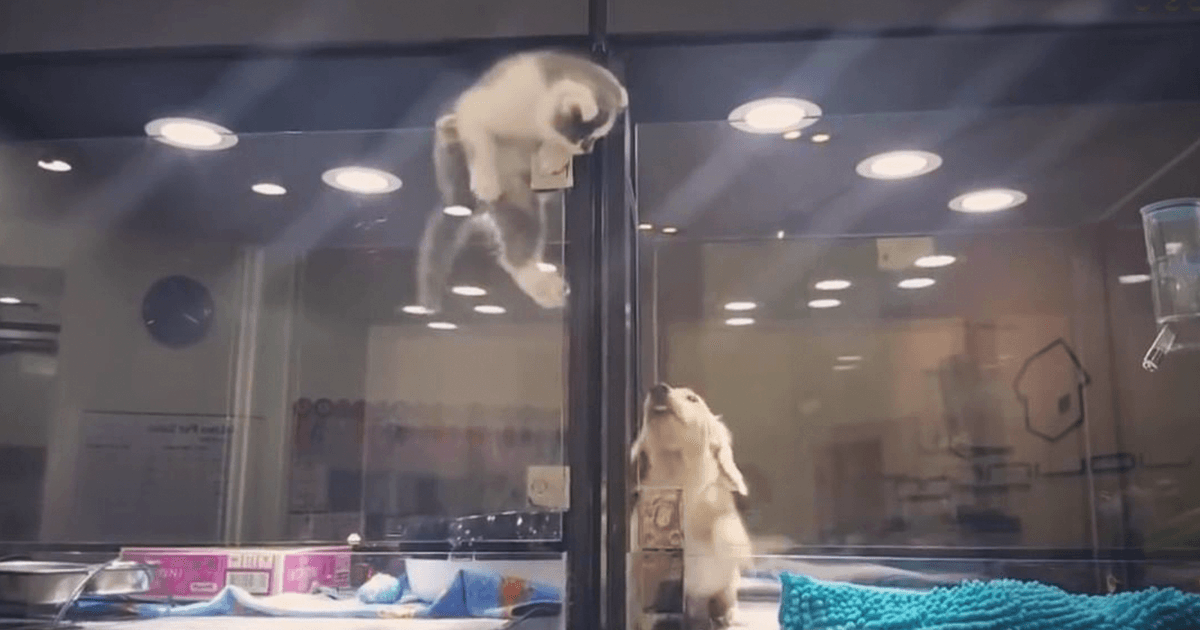 Friendship seeks no barriers and the perfect example was seen recently in a cute video at JoLinn Pet House, a pet store in Taiwan. In the video, a tiny kitten and a puppy were separated by a plastic barrier. But rather than accept that lonely fate, the clever kitty hatched a sweet little plan so that she and her friend could be together.
The cat jumped out of the booth in the most adorable way. As the kitten was uneasily balancing over the pup’s booth, the pooch couldn’t hold its excitement, too. He quickly stood up on his two paws and helped the cat get into his display cage. One brave jump and the two were together!
Puppies and kittens are highly social animals, but sadly they have to face isolation and sorrow at pet stores. That’s just one of many very good reasons to not shop for a pet, but adopt one instead.
Scroll down and enjoy cute video of this puppy and kitten.
More info: Facebook

The rebellious kitten couldn’t deal with it anymore and decided to escape its booth to play with the pup. She climbed right up and into the puppy’s booth, and he couldn’t have been happier to see her.

Just one big jump and both reunited with excitement and sheer cuteness. The two friends were finally together! Covered With The Beautiful Shade Of Blue Gemstone, Black-Naped Monarch Is Worth Your Attention

Story Of Man Telling His Child To Beat Up Neighbor’s Cat, Annoying Her And Good Plot Twist

They Only Have Each Other: Man On Street Sleeps Cheek To Cheek With Dog Safely Wrapped In His Arms