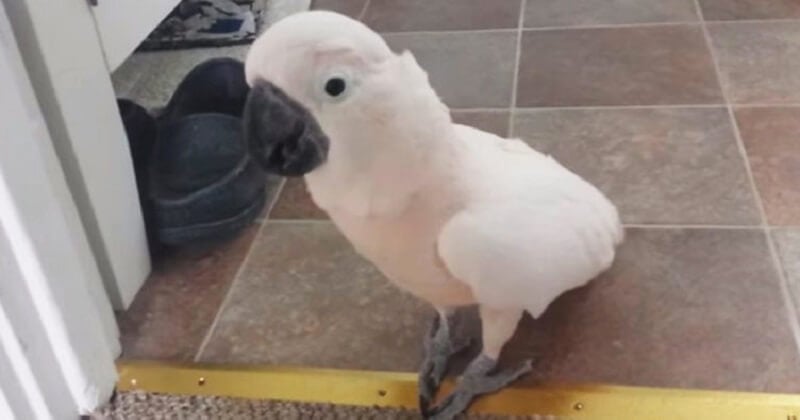 This is a funny video that shows a cute Cockatoo parrot complaining to his owner about the house cat. The video spreads positive vibes online, and people can’t get enough of it. The parrot named Mr. Max is sociable and talkative. As you can see in the video, he is very confident talking to the owner. He complains about the cat named Fluffy who continually tries to get him into trouble! He explains the behavior of the cat in a hilarious way. The owner listens to the parrot and warns him to be very careful with Fluffy as she would harm him. He tries to explain to Max that if he stops listening to the cat then his troubles would be over! Mr. Max listens, and it looks as he understands what his owner is saying. He even speaks and responds to everything the owner says. But then he gets angry again and once more starts to loudly complain about the cat. The parrot is just too angry to calm down and is not ready yet to forgive the cat.

Please share it with your friends and family members to make their day!