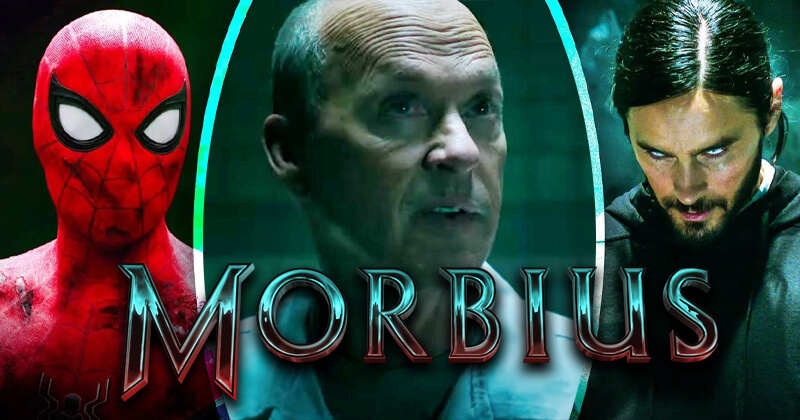 Michael Keaton seems to be the key to the whole concept of the Multiverse in superhero movies. As you well know, the actor will return as Batman in The Flash – a movie that will tackle both Multiverse and time travel, thus joining the new DC continuity.

At the same time, in the film dedicated to Morbius, the actor will reprise the role of Adrian Toomes aka Vulture, the same character that he already played in Spider-Man: Homecoming. Given that Morbius does not officially belong to the Marvel Cinematic Universe but to Sony’s Spider-Man Universe (the universe of Sony films about Marvel characters), his presence in the film has always aroused suspicion for fans.

With the final trailer of Morbius released today, Sony has decided to reveal some unedited scenes of Keaton, who invites the protagonist to unleash all his power: “Michael Morbius, you’ve been given a gift. Time to let go of what you used to be. Discover who you’re meant to be.”

According to fans, Keaton was trying to recruit Morbius… and the thought immediately ended on Sinister Six, a project that Sony has been wanting to develop for years! As if that weren’t enough, Jared Leto himself also teased fans by bringing up the Multiverse within a pre-recorded video.

“If you’ve seen the last Spider-Man: No Way Home trailer, you know the Multiverse has officially opened,” the actor said. “There’s all kinds of opportunities for villains to meet up and maybe nurture their more sinister intents.”

Now, the question that everyone is asking is: Is it simply a variant of Adrian Toomes, or the exact same version of the character seen in Spider-Man: Homecoming? Venom: Let There Be Carnage and Spider-Man: No Way Home have opened a rift in the Multiverse by making the symbiote travel from its universe to the MCU (only to bring it back soon after). Is it possible that somehow Strange’s spell could have transported Toomes, who knows Spider-Man’s secret identity, instead of Venom?

At the moment it is only speculation of course and Sony’s plans still remain a mystery to fans and insiders. Consequently, we can only wait until April 1 for the release of Morbius, which will hopefully answer all these questions.

20 Times Celebrities Using Their Skills To Hide From Paparazzi, Oftentimes Trolling Them