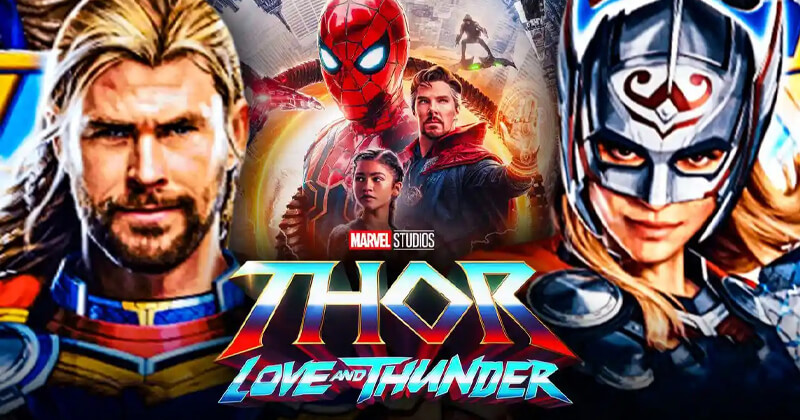 Thor: Love and Thunder, the fourth chapter dedicated to the adventures of the God of Thunder played by Chris Hemsworth, will be released on 6 July this year. In the film, in addition to the return of Natalie Portman as Jane Foster (who will be able to lift Mjolnir), we will see Jaimie Alexander as Lady Sif (after her mysterious absence in Thor: Ragnarok) and Chris Pratt as Peter Quill / Star-Lord, along with the other members of Guardians of the Galaxy.

Although the marketing campaign has already started, Marvel Studios has not yet released the long-awaited trailer of the film… which has already passed a milestone! As you can remember, the wait for the Spider-Man: No Way Home trailer was heartbreaking to say the least, with Sony and Marvel deciding to release it just 116 days before the film’s debut in theaters (the average for products of the MCU is 169 days, while for Phase 4 it is 140 days).

Thor: Love and Thunder has even surpassed Spider-Man: No Way Home, as there are just 111 days left for the film to land in theaters and there is still no news regarding the arrival of a trailer. At the moment the MCU record belongs to The Incredible Hulk, whose trailer was released just 93 days before the film’s theatrical debut as it hit theaters a month after Iron Man and Marvel didn’t want to shift the focus to another project.

The question at this point is one: when will Thor: Love and Thunder trailer arrive? Who knows, maybe we will see it following the release of Morbius next month, or during the Oscars. Speaking of marketing and distribution strategy, Marvel has already simultaneously promoted not only Spider-Man: No Way Home (again with Sony), Eternals and Hawkeye but also Loki and Black Widow at the same time. Consequently, it is not difficult for the studio to focus on Doctor Strange in the Multiverse of Madness, Moon Knight (starting March 30) and the fourth chapter dedicated to the God of Thunder.