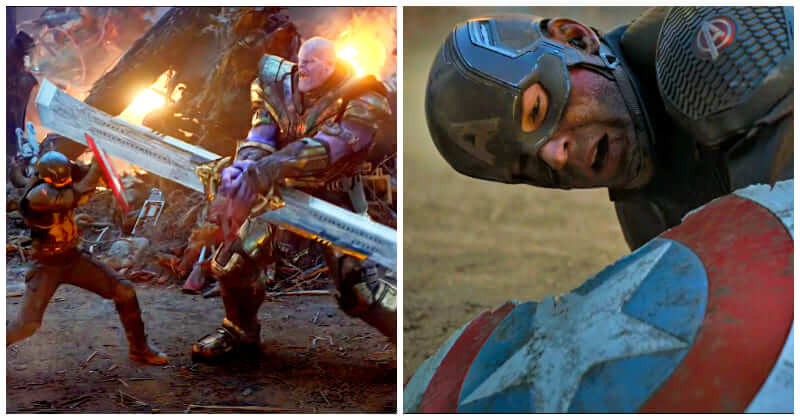 Thanos got into a duel with Captain America while he was holding Mjolnir and his shield in Endgame. However, the Mad Titan was able to prevail once more. Captain America used his shield to block Thanos’ brutal slashes, but his Vibranium shield was shattered. Many fans were taken aback by this because Cap’s shield can often withstand almost any enemy attack. Joe Russo, director of Endgame, gave an explanation for the problem in an interview with Comicbook.com. Thanos is a thousand-year-old character who has fought everyone in the universe and is the greatest warrior, according to Russo. In the universe, he is known as “Genghis Khan” of the Marvel universe so the weapon he wields is also extremely powerful. Thanos knew Eitri, according to Russo, and he visited the dwarf to create the Infinity Gauntlet. Many people have speculated since then that the Titan compelled Eitri to create the Double-Edged Sword for him. This is an obvious possibility. The fact that Thanos’ blade can destroy Captain America’s shield is also intriguing, according to Joe Russo. So, based on Joe Russo’s response, Eitri is most likely the designer of Thanos’ blade. It’s worth noting that Eitri is the creator of the Infinity Gauntlet and Stormbreaker, so it’s not surprising that he can create a blade capable of destroying Captain America’s Vibranium shield. Despite this, there is little information on what materials were used to make Thanos’ blade.