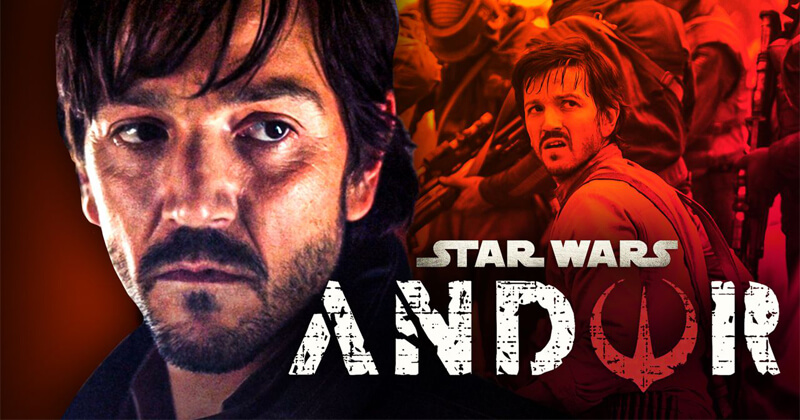 The new series set in a distant galaxy, Andor, has just gotten a new release window on Disney+. According to Bespin Bulletin – a well-known and reliable source, Andor is expected in August, after Obi-Wan Kenobi and Ms. Marvel, the two big Disney+ releases of the summer. In fact, if it turns out to be true, it would mean that the series would arrive on this streaming platform sooner than fans expected as it was originally scheduled for the fourth quarter of 2022.

‘Ms. Marvel’ kicks off on June 8th. ‘Andor’ will be the next tentpole Disney+ series after Ms. Marvel. I always heard August, and I won’t be surprised if it’s still there even though ‘Ms. Marvel’ is coming slightly earlier than Disney previously mentioned. https://t.co/sCIA8O6PHg

Andor is a prequel based on the rebel soldier Cassian Andor, played by Narcos: Mexico star Diego Luna, who we already met in Rogue One: A Star Wars Story. The film will also feature the returns of Genevieve O’Reilly as Mon Mothma and Forest Whitaker as Saw Gerrera. Last year, talking about this new project, Diego Luna stated that we would see “familiar faces” in Andor, and that working on this series was such a blessing for him.

“I can tell you about this project like no other because I can’t spoil the ending if you’ve seen Rogue One already,” the actor said. “No matter what I say, I can’t ruin the ending. To be honest, it’s been such a blessing to do this job and to do it under these circumstances. I had the chance to work with a team that I couldn’t be more proud of and admire more. It’s a hard-core moment to be out there shooting, and we were really lucky. We’re done with the shooting now and getting it ready for audiences to see it.”

This new show will star showrunner Tony Gilroy, who was brought to Andor after Disney wasn’t happy with the October 2019 Pilot. Gilroy previously also co-wrote Rogue One and oversaw the reshoots after Lucasfilm wasn’t contented with the final version by Gareth Edwards.