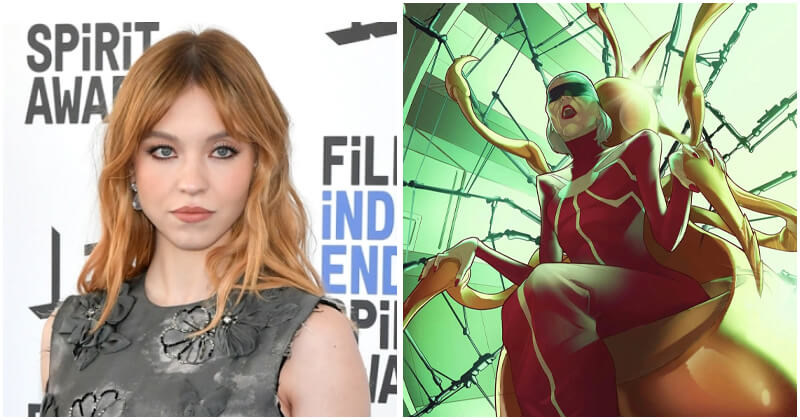 In 2019, shortly after the end of the agreement with Marvel Studios / Disney for the co-management of Spider-Man, Sony Pictures decided to start the development of a spin-off dedicated to Madame Web, hiring Morbius writers Matt Sazama and Burk Sharpless to work on the script and Jessica Jones director SJ Clarkson to direct the film. After many months of silence, last February, Deadline finally confirmed that Dakota Johnson, star of the 50 Shades of Gray franchise, had entered into talks with Sony to play the protagonist.

According to what was reported exclusively by Deadline recently, Sydney Sweeney, known in particular for series like The White Lotus and Euphoria, has also joined the cast of Madame Web in a mystery role.

Only a few minutes after the report, the actress also confirmed her involvement in the project on Twitter by sharing the news.

According to other sources, the actress has considered several offers in recent weeks, but the opportunity to join Dakota Johnson in the first film about a female character from the Sony universe was “too tempting to pass up.”

Sydney Sweeney’s credits also include the thriller drama The Voyeurs produced for Amazon Prime Video and the horror Nocturne produced by Blumhouse. The actress is currently filming Tony Tost’s National Anthem with Simon Rex and Halsey.

In the comics, Madame Web (whose real name is Cassandra Webb) is heavily connected with Spider-Man. Despite being paralyzed and blind, this character still has extraordinary psychic, prescient and clairvoyant abilities that allow her to surpass even the capabilities of her physical body. Thanks to these abilities, she is also able to transport other people within her dimension, thus effectively connecting the Marvel Multiverse. Reporting the news of the movie, Collider assumed that the most likely names for its production are Avi Arad and Matt Tolmach, former executive producers of Venom and Morbius.

Furthermore, in the Deadline report, it was revealed that the project could distance itself a lot from the source material due to the characteristics of the character, and that the company would be willing to make Madame Web the “Sony version” of Doctor Strange, a strategy that could justify the presence of the Multiverse component in the film.