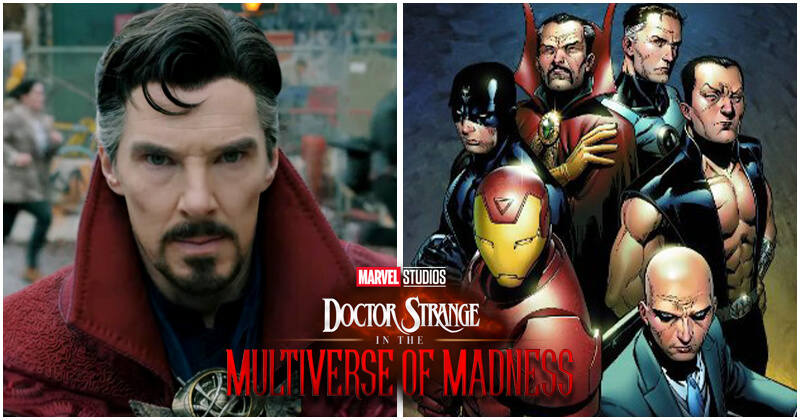 Doctor Strange in the Multiverse of Madness will be released on May 6. Produced by Marvel Studios and directed by the legendary Sam Raimi, the sequel dedicated to the adventures of the Sorcerer Supreme starring Benedict Cumberbatch will also feature the return of Elizabeth Olsen in the role of Wanda Maximoff, and it will be closely related to the events narrated in the television series WandaVision and Loki. In the new issue of Empire Magazine dedicated to the film, producer Richie Palmer commented on the rumors about the presence of the Illuminati, a team of sublime minds from the Marvel universe who secretly gathered to make the most difficult decisions regarding the future of the Earth.

Without confirming anything, Palmer declared: “I will say that I love the Illuminati. But if we ever introduce the Illuminati in the future, it might be more MCU-driven and have some more ties to our characters in the MCU, versus just replicating what’s in the comics.” Despite this statement, the same Empire Magazine seems to have definitively confirmed the rumors itself by showing a photo of Doctor Strange and pointing out that he stood right before the Illuminati in the same scene shown in the trailer where he met Charles Xavier. Given that this is a key number for the film’s promotional campaign as it includes the first details and statements from the creative team, this is hardly a mistake as it must be verified by Disney before it can be released.