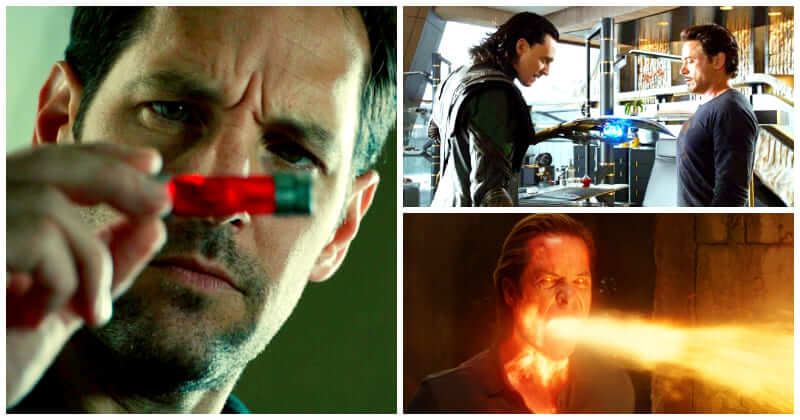 The MCU is sure to have tripped up several times after over a decade of movies, television programs, and numerous other assets and titles. After all these years, even comic books — maybe particularly comic books — contain quite a few story holes. There are going to be substantial disparities that will occasionally cause issues when a lot of different writers collaborate on many projects with a vast and diverse cast of characters.

Although the MCU has attempted to patch up some of these plot holes in retrospect, several of them still exist, and in rather visible ways. For better or worse, most people just ignore these MCU narrative gaps in order to enjoy their beloved series more thoroughly. The MCU made an effort to describe the more scientific aspects of their storylines in their own unique style. While the majority of the audience is content to accept hand-wavy physics and the presence of imaginary components such as “Pym Particles,” a vocal minority insists on a “logical” explanation for it all.
Of course, Ant-Man could never exist scientifically, but that doesn’t worry these adamant fans. The MCU attempted to explain Pym particles to these viewers by stating that Pym particles allow Ant-Man to shrink by reducing the distance between each atom. The Quantum Realm, on the other hand, demands Ant-Man to be smaller than a molecule, which he can’t be because of their own physics. They wrote themselves into a hole and didn’t care to get out of it.

#2 Tony Stark Destroyed His Iron Men, Then Immediately Replaced Them Tony Stark destroys all of his Iron Man outfits in addition to his arc reactor. Every machine, suit, every piece of Iron Man technology has been completely obliterated. Even though this occurs in the film, as a story point, and on-screen, Tony is back in the Iron Man costume by the end of Age of Ultron.
Later in the MCU, he has just as many Iron Man outfits as he did previously, if not more. Almost everything that transpired in Iron Man 3 could be classified as a significant plot hole, but this was among the most glaring.

#3 Doctor Strange Was Mentioned Before He Actually Rose To Prominence When Dr. Stephen Strange’s name was spoken for the first time in the MCU, people were ecstatic. “Stephen Strange” is named as a potential danger to HYDRA in Captain America: The Winter Soldier in 2014, among others like Steve Rogers and Bruce Banner.
Doctor Strange, on the other hand, is still a medical doctor in the MCU’s reality and is nothing near becoming the Sorcerer Supreme. Addressing him as if he’s already the Sorcerer Supreme just complicates the MCU’s history, which they’ve already messed up by trying to rectify and over-do it.

#4 Thor Has Never Come To Earth Before, Except He Had To Have Thor is rather perplexed by Earth when he is dispatched there because he has never visited the world before. Midgard, as he refers to it, is a foreign notion to him; he has no idea who the people are or how to converse with them. Earth, on the other hand, has the tale of Thor.
Thor, along with other Asgardians like Odin and Loki, visited Earth in the Marvel world, and their early interactions formed the basis for the Norse stories about the heroes of the same titles. Thor saying that this is his first visit to Earth, on the other hand, would be wildly untrue. Before being assassinated in Captain America: Civil War, King T’Chaka made a crucial remark that has been echoed by numerous fans since. “Our people’s blood is spilled on foreign soil. Not only because of the actions of criminals but by the indifference of those pledged to stop them. Victory at the expense of the innocent is no victory at all.”
Of course, this sounds like a clear rebuke of superheroes like the Avengers, who are known for their ruthless irresponsibility and occasional utter destruction. Despite his statements, T’Challa goes on to cause similar destruction in Black Panther, smashing vehicles, damaging buildings, and most likely murdering bystanders, going against his own father’s dying convictions. Iron Man 2 flies under the surface a lot of the time, so many people overlook how ridiculous the movie’s most crucial aspect was. Tony Stark is dying, and in order to preserve his life, he must synthesize a totally new element. In fact, he learns that his father had previously found the precise material that Tony required.
Not just that, but Howard Stark buried this material in a series of coded puzzles that Tony would have to stumble upon at some time in his life to ever discover. In terms of deus ex machina, this is Marvel’s most clumsy attempt yet. Since he can’t access the Bifrost to return home, Thor finds himself alone on Earth with the humans in Thor. Thor decides to shatter the Bifrost at the movie’s conclusion, even though he knows he will likely never see Jane again. Of course, this is due to the fact that the Bifrost is Thor’s only means of returning to Earth.
Despite this, Thor appears on Earth in The Avengers, and dark energy or dark matter is mentioned briefly to clarify how this is possible. Thor can finally go almost anyplace without the aid of anybody, let alone the Bifrost. The Bifrost was fine by Thor: The Dark World and Thor could travel at will without issue – not that he had been prevented earlier.

#8 The Arc Reactor Just Never Makes Sense In The MCU The arc reactor is used in a different method in each of Tony Stark’s films. That is how the arc reactor would be shown if it best fits the storyline of that movie. Tony Stark initially relied on the arc reactor to live, and if it were to be replaced or removed in any way, he would die fast.
However, because Tony’s arc reactor was poisoning him, a new one could be built. However, it was later discovered that Tony didn’t require the arc reactor at all, and it was removed in a procedure that went off without a hitch and appeared to have no harmful side effects. The arc reactor has been moved back a long way for no apparent reason. Thanos’ ultimate goal is to collect all of the Infinity Stones, make an Infinity Gauntlet, and use it to wipe out half of the universe’s existence. When Thanos first appears, he offers Loki the Mind Stone in the form of a scepter, which Loki may use to gain the Space Stone.
Thanos’ strange conduct is compounded by the fact that the Mind Stone is the sole Infinity Stone he has up to that date. The concept that Thanos gave Loki the lone Infinity Stone he had in his collection — who promptly misplaced it — is ridiculous, and it has nothing to do with Thanos’ character or tale. Iron Man 3 provided a significant medical innovation in the Marvel Cinematic Universe, albeit no one would realize it as the story progressed. In Iron Man 3, the Extremis technology is shown to be capable of a variety of things, including regrowing flesh and whole limbs.
The Extremis technology saves Pepper Potts’ life, although it is never seen again in the MCU. Other characters in the franchise are not subjected to the Extremis technology to repair them when they lose limbs or are seriously damaged. This appears to be a big error for a franchise that goes to great lengths to minimize its heroes’ real-world influence.

13 Stars We Almost Don’t Believe That Have Turned 60