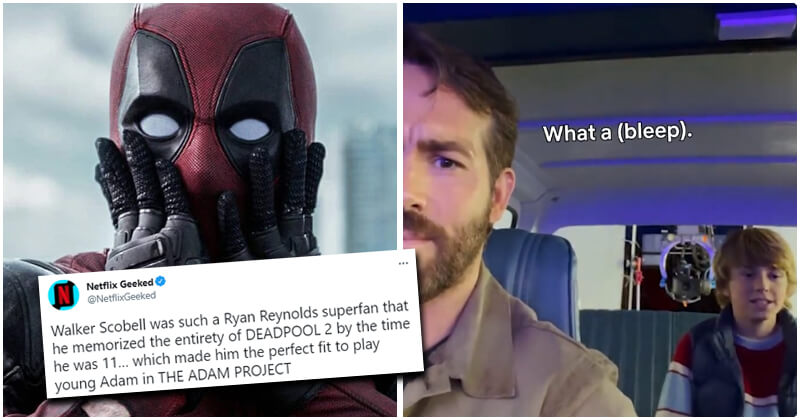 As we already know, director Shawn Levy will direct Deadpool 3, which goes into production this year but still has no release date. This is the third collaboration between Levy and Ryan Reynolds after Free Guy and The Adam Project, a film that recently debuted on Netflix. The news was confirmed by the actor himself just a few days ago:

The third film in my Shawn Levy trilogy will be a tad more stabby. pic.twitter.com/ofBrFyaRsv

Recently, Netflix Geeked has posted online a video taken by Ryan Reynolds himself in which we can see Walker Scobell, his thirteen-year-old co-star in The Adam Project, reciting for over a minute the entire opening monologue of Wade Wilson in Deadpool 2 from memory.

The talented child star is so passionate about the Merc with a Mouth movie that he has memorized not only this monologue, but the whole script! Here is the video:

Walker Scobell was such a Ryan Reynolds superfan that he memorized the entirety of DEADPOOL 2 by the time he was 11… which made him the perfect fit to play young Adam in THE ADAM PROJECT pic.twitter.com/j0OYPyOC51

To no one’s surprise, many The Adam Project viewers have praised the phenomenal chemistry between Reynolds and Walker Scobell, who is evidently a huge fan of his co-star himself.