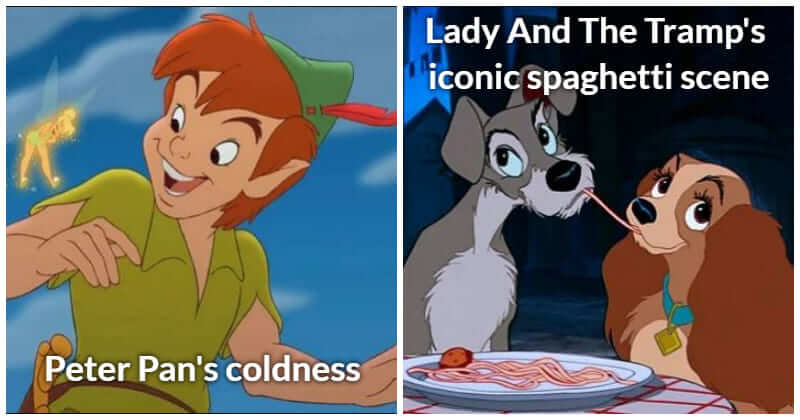 It’s not an exaggeration to say that there are only a few people who don’t know Walt Disney. Walt Disney was a genius in filmmaking and a great leader of one of the world’s most massive corporations. He was also pioneered in bringing a new medium of filmmaking to the mainstream. Just because Walt Disney created some of the most beloved films of all time doesn’t mean he approved of every detail.

As hard as it might be to believe, Walt Disney didn’t always like his own movies. Walt had high standards for all of his projects since he was a notorious perfectionist. But nothing is flawless, and Walt himself found faults in the films.

But which movies are those? And why didn’t he like them? Take at our list of 8 things that Walt Disney didn’t appreciate in his own movie.

#1 All of “Alice In Wonderland” “Alice in Wonderland” is one of the most fascinating films ever made. It’s such an important component of today’s Disney culture. On the other hand, Walt did not completely appreciate it. According to Tor, Walt sought to dissociate himself from the project years after it tanked at the box office by claiming he’d never intended to make it in the first place.

#2 Alice’s lack of heart in “Alice In Wonderland”

Released in 1952, “Alice in Wonderland” is one of the most colorful Disney movies. However, Walt didn’t like Alice’s lack of heart ( according to Leonard Maltin’s book The Disney Film). And other movie critics agree with him: the film never fully nails down Alice’s personality or humanity. There’s no reason to cheer for her as she makes her way through Wonderland if she doesn’t have a heart. One of the most distinctive things about 101 Dalmatians is its animation style. It’s chaotic and scribbly, which sets it apart from previous Disney films. But Walt apparently found it hard to get used to this new aesthetic. In the original story, Peter Pan is a cold character. He hints that when the number of Lost Boys becomes too great, he murders them. Even though Disney’s rendition is less cruel, Walt felt dissatisfied with Peter Pan.

#5 Anything to do with Goofy Goofy is one of Disney’s “Sensational Six,” along with Mickey Mouse and Donald Duck. Fans adore him so much that he has his own film, “A Goofy Movie” which is one of Disney’s most profound works to date. But Walt considered Goofy as a big step backward for the company, alleging his creations were just “dumb cartoons with jokes linked together.” It’s terrible if Disney films have any sequels. In fact, it took 13 years for the studio to create a sequel to 1977’s The Rescuers – “The Rescuers Down Under” (1990). There was a valid explanation for this: Walt disliked sequels ( according to Gabler).

It’s hard to imagine “Lady and the Tramp” without the iconic spaghetti scene. However, Walt believed the sequence was ludicrous since dogs would fight over food, not share it ( according to a behind-the-scenes video from the film’s 2006 re-release). Only after animator Frank Thomas went behind his back to secretly create the sequence did he allow it to stay.

“Pollyanna” was released in 1960 and chronicles the story of a little girl with the same name. The film is sweet, and Walt thought the title matched that. When explaining its box office failure in The New York Times, he said that it “sounded sweet and sticky” and that an alternative name might have worked better with male viewers.