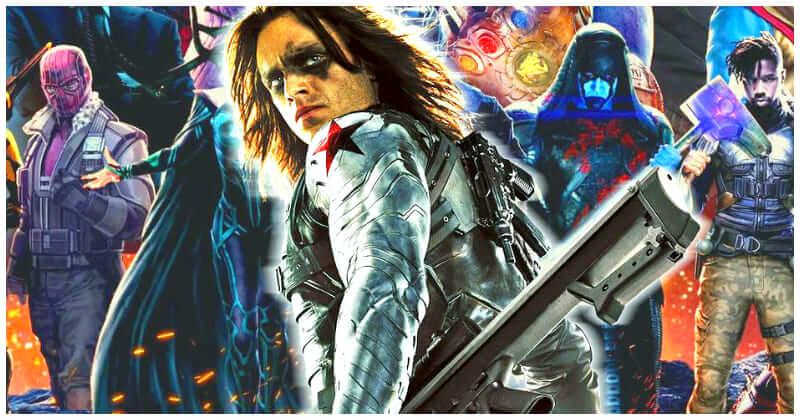 Marvel’s early emphasis on complicated characters that didn’t necessarily fit the hero/villain pattern contributed to the company’s success in the comic’s business. Magneto, Daredevil, and The Incredible Hulk are more philosophical about the borders of right and wrong than the early tropes of ultimate good and evil. Beginning with its first protagonist, Iron Man, and going through a slew of characters on both sides of the ethical spectrum, the MCU has taken it to heart. Bucky Barnes, Captain America’s closest friend turned corrupted Hydra assassin, epitomizes this sentiment. His intricacies not only assist to make Bucky a powerful character (a far cry from the adolescent Boy Wonder he began as in the comics), but they also reveal a reality. As a supervillain, the Winter Soldier was more effective. In fact, if his time as an assassin hadn’t been so scary, he wouldn’t be such an appealing hero. The dark side of Steve Rogers’ background is explored in Captain America: The Winter Soldier, an introductory remark from filmmakers Joe and Anthony Russo that will eventually reshape the face of the MCU. Cap and his pals had to deal with not just a Hydra-infiltrated SHIELD organization, but also the sight of his closest friend transformed into a cold-blooded assassin. Bucky possessed a variation of the same serum that gave birth to Cap, which is currently wreaking havoc in the hands of the Red Skull’s successors. As a result, the Winter Soldier is one of the MCU’s most physically formidable foes. He’s more of a weapon than a brain, thus he has to be deadly. His masked face and deafening quiet harken back to Jason Voorhees or the Terminator, and the movie paces his assaults to maximize fear. Other Marvel antagonists have fought valiantly, but none of them possessed the Winter Soldier’s absolute conviction of triumph. He was going to kill his intended victim, and that was the end of it. This is all the more telling since the Winter Soldier debuted at a time when the MCU was having trouble finding memorable antagonists. Few characters, aside from Tom Hiddleston’s Loki, stood out, and even the villains in Winter Soldier, played by Armin Zola, had a disembodied aspect about them. All of those patterns are major exceptions in The Winter Soldier, and Sebastian Stan deserves a lot of credit for creating such an impact with a mostly silent portrayal.

Plus, while his redemption narrative is emotional, and his role as a new hero is meaningful, it all pales in comparison to his character in The Winter Soldier. Furthermore, The Falcon and The Winter Soldier trilogy delves into his struggles to recover from the traumas of that time in his life, and it pervades all he does. Even though he is free of his indoctrination, he is plagued by his acts, which motivates him to be a better White Wolf. This underlines how reliant the character is on his time as a programmed assassin and gives his heroics a complexity that wouldn’t possible without his history. It’s a testament to good writing over multiple projects — as well as Stan’s extended performance — that the character can go through such a rich and elaborate journey. But had he been nothing but a hero, he couldn’t have stood out amid the MCU’s crowded field. It took being a villain, and a terrifying one at that, to give him some distinction.