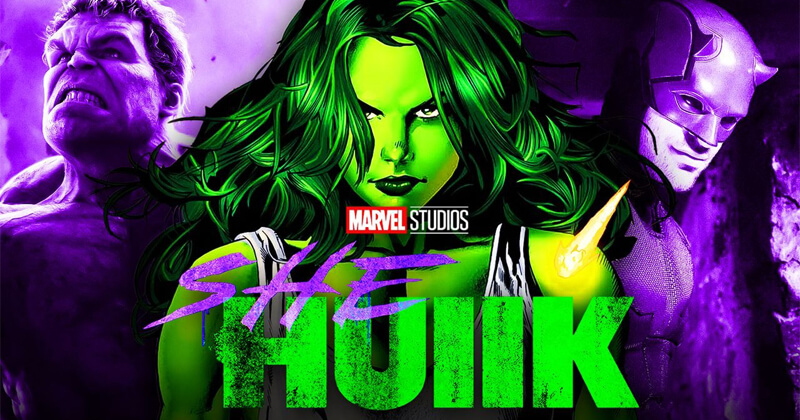 She-Hulk, one of the next and most anticipated Marvel Studios series coming to Disney+, will debut on this streaming platform later this year.

So far we have not yet been able to fully appreciate the look of the protagonist played by Tatiana Maslany, but as often happens on these occasions, it is the official merchandise of the film that gives us the first glimpses of the definitive design of the character.

The promotional images of the official thermos of the series, which have surfaced on Amazon lately, show us for the first time the actress in the role of Jennifer Walters, also known as She-Hulk. You can see these images below:

She-Hulk stars Tatiana Maslany as Jennifer Walters, a New York lawyer whose life changed after an accident that leads her to receive a blood transfusion from her cousin, Bruce Banner. As a result, Jennifer develops the same incredible powers as the Hulk, which will affect both her life as a lawyer and her new life as a superhero.

The series is directed by Kat Coiro and Anu Valia. Its designated showrunner is Jessica Gao, formerly known for other famous shows like Silicon Valley and Rick and Morty. From the beginning, the series – which will consist of about ten episodes – has been at the center of various speculations, especially regarding the casting. As mentioned above, Tatiana Maslany will play the lead role of Jennifer Walters in She-Hulk. Mark Ruffalo will appear in the series to reprise his role as the Hulk in a “smart” version as seen in Avengers: Endgame, and Tim Roth will again portray the role of Abomination as seen at the dawn of the MCU in The Incredible Hulk (2008).

Among the new entries of the series, there will be Jameela Jamil in the role of Titania and Josh Segarra, Anais Almonte, Ginger Gonzaga and Renee Elise Goldsberry in roles that have yet to be disclosed. There are also rumors related to the presence of Charlie Cox as Matthew Murdock aka Daredevil and of Krysten Ritter as Jessica Jones.

10 Supporting Roles That Stole The Show Of Comedy Films

9 Celebrities Who Really Love Working Together