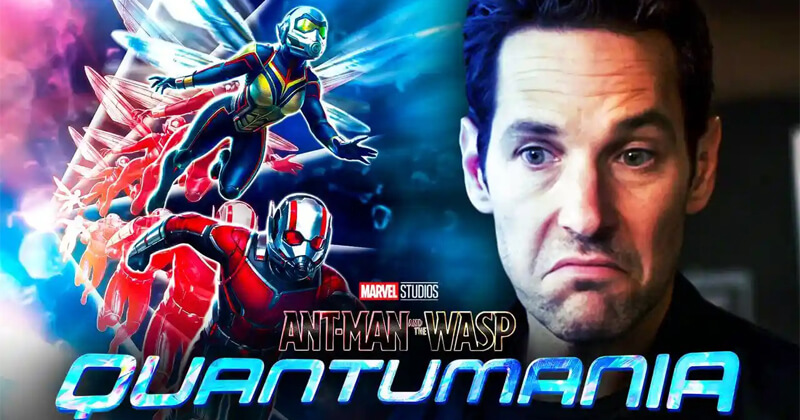 Next year, Ant-Man and the Wasp: Quantumania will bring back Scott Lang and Hope van Dyne in the third solo adventure of the heroes who alter the size of the big screen.

The third film in the series, which follows the events of Avengers: Endgame, will again be directed by Peyton Reed, former director of the first two Ant-Man movies. Reed also worked on the second season of The Mandalorian for Lucasfilm last year. In addition to Paul Rudd and Evangeline Lilly who will return to play the two protagonists, this third chapter will also include Hank Pym (Michael Douglas), Janet Van Dyne (Michelle Pfeiffer), Cassie Lang (Kathryn Newton) and one of the most anticipated and probably most important characters to the future of the Marvel Cinematic Universe, Kang (Jonathan Majors), whose variant He Who Remains has already been seen in the first season of Loki.

The exact plot details of Ant-Man and the Wasp: Quantumania are still kept under wraps, but the title indicates that the film will revolve around the team exploring the mysterious Quantum Realm.

Ant-Man and the Wasp: Quantumani will obviously focus largely on the character of Paul Rudd and, thanks to some new photos from the set of the film in Los Angeles, California released by Daily Mail, we now have several small clues about what this new story dedicated to Scott Lang will be.

🚨BREAKING NEWS 🚨
The FIRST SET PHOTOS of Paul Rudd filming for Ant-Man and the Wasp: #Quantumania in San Francisco have been revealed!

In the photos, we can see Scott Lang walking carefree through the streets of the city. It should also be specified that although the set is in Los Angeles, the city in which this movie will be set will almost certainly be San Francisco like the first two chapters.

🚨 Even MORE set pics from Ant-Man and The Wasp #Quantumania seem to show Scott being noticed by several people!

The photos also seem to tease the fact that Scott is now known to the public, which was not the case in Avengers: Endgame. We can see Lang being clearly recognized by some civilians, which means he may have achieved some notoriety.

Moreover, the superhero was also represented on Broadway in Rogers: The Musical, the fictional play shown during the first season of Hawkeye that staged the Battle of New York with a certain creative license.

🚨 Yet MORE set pictures from filming of Ant-Man and The Wasp #Quantumania show Scott looking pretty pleased with himself by a San Francisco donut shop!

Ant-Man and the Wasp: Quantumania will be released in theaters on July 28, 2023. The film will be one of the last productions of Phase 4 of the Marvel Cinematic Universe, which will be followed by the reboot of Marvel Studios’ Fantastic 4.