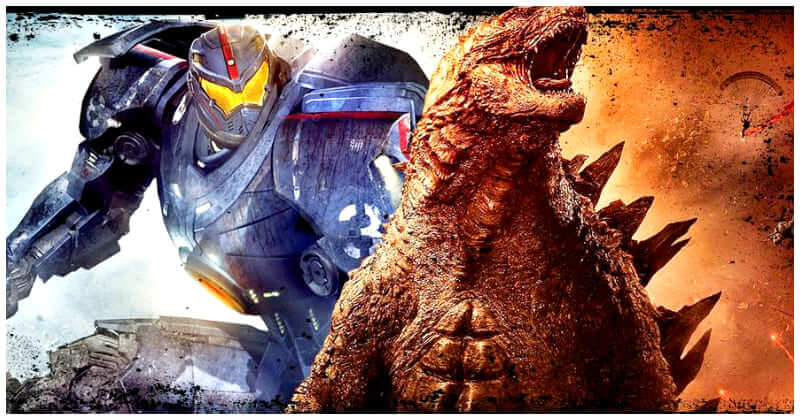 Major story aspects in both Godzilla and Pacific Rim may lead one to assume they are inside of the same cinematic universe. Both include the danger of Kaijus, mysterious groups with a vested interest in the beasts, and the military urgently attempting to battle the menace. In Pacific Rim, they combat the Kaijus using giant robots known as Jaegers, and in Legendary’s MonsterVerse, they team up with King Kong to confront Godzilla. Despite the fact that there is no concrete proof that they are set in the same world, Pacific Rim director Guillermo del Toro has expressed interest in a possible crossover, and Pacific Rim: Uprising director Steven S. DeKnight has mentioned that Pacific Rim 3 may marry the two universes by the end of the movie. Due to the dismal box office performance of Uprising, Pacific Rim 3 was never realized, but it’s an intriguing notion that would’ve made for an entertaining crossover.

There are already many connections between the two realities. In Pacific Rim, for example, Jaegers are massive robots piloted by at least two co-pilots that communicate through a process known as drifting. They do this because controlling a Jaeger takes too much mental effort for one person. A similar system was alluded at in Godzilla vs. Kong (2021), where Mechagodzilla’s actions were controlled by a brain apparatus. Mechagodzilla swiftly developed intelligence and slaughtered its creators, hence it was a short-lived experiment. The Precursors built a gateway at the bottom of the Pacific Ocean for hordes of Kaijus to go through and wreak havoc on the Planet’s surface in Pacific Rim. Given the Hollow Earth’s evolution in Godzilla vs. Kong, the interdimensional gateway may have been addressed in a crossover as a breach of the Hollow Earth. The Hollow Earth’s environment has previously been proved to be home to a variety of creatures, and the Precursors and Kaijus might very well be among them.

The government’s mission would have been made much easier if Jaegers had existed in the MonsterVerse. To attack Godzilla and the Massive Unidentified Terrestrial Organisms in Godzilla (2014), the army used its standard arsenal of airstrikes, battleships, and nukes (MUTOs). When Godzilla ended up breaking the MUTOs apart on his own, it was sheer luck. If the military had Jaegers on hand, they could have fought the MUTOs and maybe saved many lives. If they came in the line of Godzilla’s radioactive energy blast, though, Jaegers would have had little chance. Pacific Rim: The Black, an animated series that follows the events of the movie, has been renewed for season 2 on Netflix. Similarly, a new show from MonsterVerse will air on Apple TV+. Merging the two worlds would be a fascinating route to tackle in a future chapter of either franchise, whether on streaming or on the big screen.