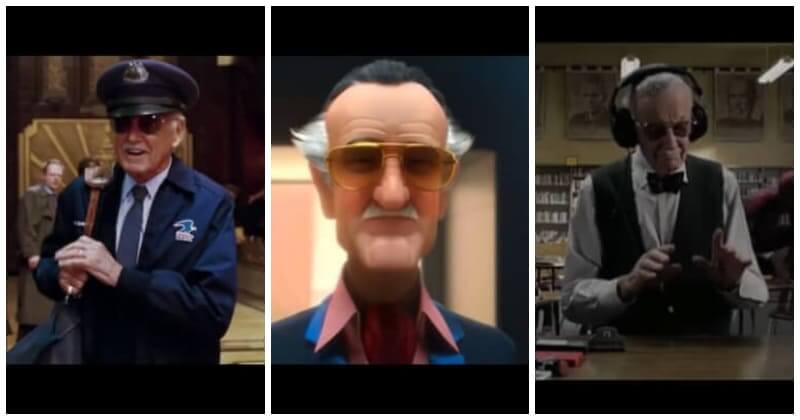 For the community of Marvel fans, no one is unfamiliar with Stan Lee. He created the most iconic characters in the Marvel Universe such as Iron Man, Captain America, Spider-Man, Thor, and The Hulk. Not only was Stan Lee the “father” of superheroes, he was also extremely loved by the audience as a cameo actor.

Well, it’s great to have a father who always watches over and protects you, isn’t it? The same goes for the superheroes in MCU. They have always been protected and supervised by their founding father. Why do I think so? If you re-watch Marvel movies, you’ll spot a familiar face in each movie. That’s Stan Lee. Although he only appeared for a few seconds of the entire 120-minute episode, Stan Lee gave the audience plenty to look forward to.

As a tribute to the former president of Marvel Comics, who passed away at age 95, we’ve compiled a list of all his cameos in the Marvel universe. And just for fun: Stan Lee even turned up in the Daredevil movie starring Ben Affleck. In it, a young Matt Murdock saved Lee’s life from the dangers of distracted walking. In the 2005 version of Fantastic Four, Stan played a postman named Willie Lumpkin, a character he created in the comics. Stan was surprised when Jean Gray first used her object control abilities in X-Men: The Last Stand, released in 2006. In the Fantastic Four sequel, which opens (and ends) with Reed and Sue’s wedding, Stan Lee makes an expert cameo. Stan arrives at the wedding but is turned away by a bouncer at the door. In Iron Man (2008), Stan Lee also made a cameo and  Tony Stark confuses Stan with Hugh Hefner, the founder of the magazine… PlayBoy. In Captain America: The First Avenger, Stan Lee plays a World War II general who engages in a conference call. This is Stan Lee’s funniest cameo. He’s like a librarian enjoying his music and oblivious to the danger behind him. In Big Hero 6, Stan Lee makes an appearance as Fred’s dad. It doesn’t end at a familiar look either, Lee also voiced the character. Rocket, the weasel from Guardians of the Galaxy (2014) is watching Stan Lee fascinate a girl. Stan Lee appeared as a military medic in Avengers: Age of Ultron (2015) who drank Asgard’s wine and became intoxicated. He revealed in an interview that this was his favorite cameo because he appeared in 2 different scenes. In the 2016 original Deadpool, Stan Lee appeared as a DJ at a strip club. In Doctor Strange, Stan Lee appears on a bus in New York City, reading a book and oblivious to the dangers outside. Another hilarious scene features Lee as the barber who chopped Thor’s luscious locks. His role in Guardians of the Galaxy Vol.2 was as a mysterious character, dressed as an astronaut  and gossiping with 3 Celestial Beings.

What Is House Of The Dragon Season Finale Length?

10 Most Attractive Women On The World Based On The Golden Ratio, Ranked