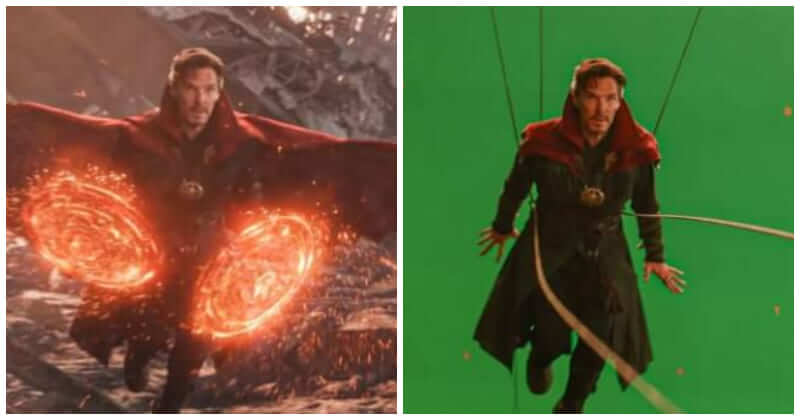 If you are really into fictional movies and you have a big dream of living in such fantasy worlds one day, this article may disappoint you a bit, no, a lot.

In fact, there is no epic dinosaur, no scary alien (or no found yet), no superpower like never getting older with unbeatable strength. Those scenes are created with special effects which help to produce perfect scenes that are hardly completed with the limited ability of normal people.

However, special effects don’t mean that filmmakers just need to work with computers and photoshop. It’s much more difficult than that. To show viewers the final results, a huge team of people has to put in a lot of effort. They need to put tons of makeup on, wear funny costumes, pretend to fight against a monster, although the fact that it’s just a toy, for example. That sounds hilarious, but it is what many actors and actresses are familiar with.

If you find it hard to imagine how the backstage look in such movies, here we have prepared some behind-the-scenes pics for you, but they could also bring you a brand new look at iconic movies that you haven’t seen before!

#1 The power of digital technology in Avatar #3 The truth on Hulk in real life #6 How to make a horse in the movie Mulan #8 If you still think that it’s so hard for superheroes to wear inconvenient costumes, the answer is here. Gal Gadot looks more comfortable on the set of Wonder Woman 1984 #9 Thunderbird, on the set of Fantastic Beasts, looked pretty unusual #12 Josh Brolin’s emotions for the digital version of Thanos #13 In the see TV series. Jason Momoa gives his filming partner, a bear, cookies, so he can remember his smell #14 Fake bellies of Hulk and Thor on the set of Avengers: Endgame #15 Mena Massoud (Aladdin), “At some point, Guy Ritchie decided that I should be an operator too.” #16 In the racing scene in Star Wars, instead of complex audience models, they used multi-colored cotton swabs