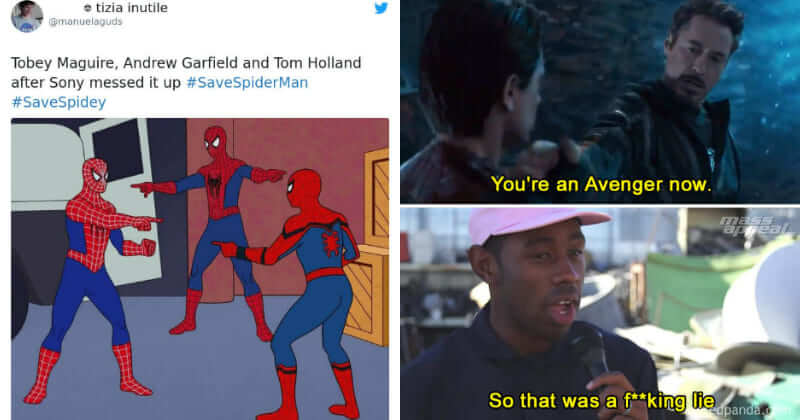 “Mr. Stark, I don’t feel so good” – This line seems so correct with the reaction of Spider-Man’s fans while Sony informs to take back this character from the MCU. It’s understandable that Marvel fans worldwide felt bad about that news.

Due to the agreements between Sony and Disney, Spider-Man has been allowed to join the massive franchise. As a result, over the last few years, Spider-Man has become one of the franchise’s most recognizable characters and we all have become accustomed to seeing him alongside other Marvel legends like Iron Man, Captain America, Thor.

But talks about how to continue that relationship have fallen apart, at least for the time being, and Spider-Man is back flying solo with Sony. To cope with the loss and express their disappointment, people are creating memes, and they are both sad and funny. #2 This picture looks so sad! #7 Don’t worry pal, that’s not your fault. Just a case you were in his clothes. #14 Ridiculous! We just wanna see Spidey in the MCU #22 How to prove that Spidey belongs to Marvel!