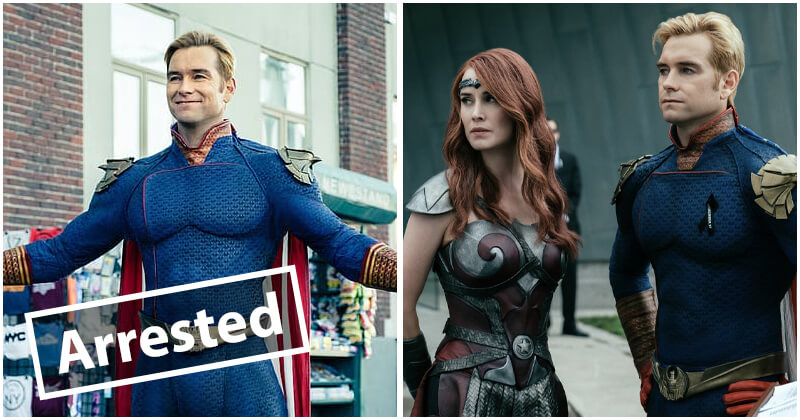 Actor Antony Starr, who plays The Homelander in the beloved series The Boys, has been arrested in Spain on charges of assault while intoxicated. As reported by the Daily Mail, the actor attacked the chef of a pub on the Costa Blanca in Alicante. Starr was then arrested and held two nights in a cell by police before attending court, where he was sentenced to 12 months on probation and to pay $ 7,855 in compensation.

According to the unfortunate 21-year-old chef Bathuel Araujo, the actor seemed to be drunk and went into a rage. At Araujo’s request to calm down, Starr pushed him and then punched him in the jaw and eye. The young chef even said that Starr yelled at him: “You don’t know who you’ve messed with. You don’t know who I am and what you’ve done. You’ve committed the mistake of your life and I’m going to look for you. I want to kill you.” The chef was then taken to the hospital where he received four stitches above the eye. Following the crime, the plaintiff allegedly faced a quick trial that led to the aforementioned sentence.

“The detainee’s state of drunkenness was taken into account as an extenuating factor,” stated a court official in this regard. “The sentence was the result of an agreement between the state prosecution service and the man who was subsequently convicted.” Antony Starr has not yet released any statements on the incident, and at the moment it is not known whether he was injured or not in the course of the fight.

The actor is best known for his role in the series The Boys developed by Amazon Prime Video, where he portrays the evil superhero Homelander, the iconic face of the series. It is assumed that the actor was in Spain to work on director Guy Ritchie’s next film, which will also star Jake Gyllenhaal.