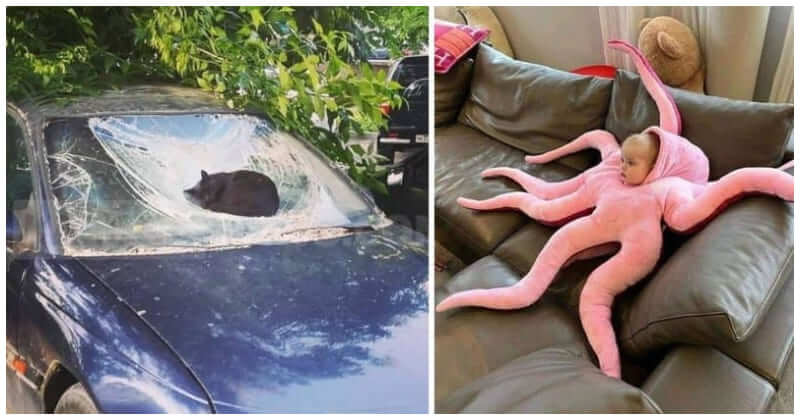 If you play games, you’ll understand that exciting, partly nervous feeling when you make it to the last stage of the game. It’s thought that you have prepared everything for this final battle, and are ready to go all-in, but no. So far, so good, but wait to see that final boss waiting behind that door. The boss, with its unparalleled power, in a few moves, swipes you back to the first stage and laughs at all your efforts.

That indescribable frustration is the main reason why boss fights have been a central meme trope for decades. And not only in games, but people also stumble upon such similar situations in real-life. Well, without the HP bar and the ability to do over, would you like to give it a try? Of course, bosses in games are much scarier than these real-life equivalents. Sometimes, instead of the formidable boss aura, what people feel when encountering them is more like irony and awkwardness. Wanna check them out? Let’s scroll down and give them a look!

#1 Octo-Baby, Defender of the Couch #5 The sour patch kids, the united ones #9 Milk knight, Degreaser of bones, Master of being bullied in school #10 CARROTIMUS Doom vegetable, feeds on your dreams and can benchpress your weight #12 The pillar of corruption, owner of windows licenses, bringer of BSODs #13 The fox of nine tales, Unleashed bringer of darkness #14 Air India Destroyer of the Skies #16 The Armed Amputee, armed with a foam cannon! #17 Ancient Beastmaster and Heavenly YikYak, guardians of the sacred land #18 Jesus with the infinity gauntlet approaches “Let Me Bury My Child First And I’ll Get Back To You”: Shameless Bosses And The Worst Times They Refused Day-Off Requests

“Faith In Humanity Restored”: 22 Examples Of Wholesome And Funny Bosses Everybody Loves To See

Parents And Their Kids Have Awkward Conversations At Times, And It’s Hilarious

20 Pictures That Technically Tell The Truth

Server Rants About Customers Who Don’t Tip Enough, Dividing The Internet In The Process

16 Times When People Take Ingenuity To A Whole New Level

30 Times Comments Save The Post, And They’re All Hilarious